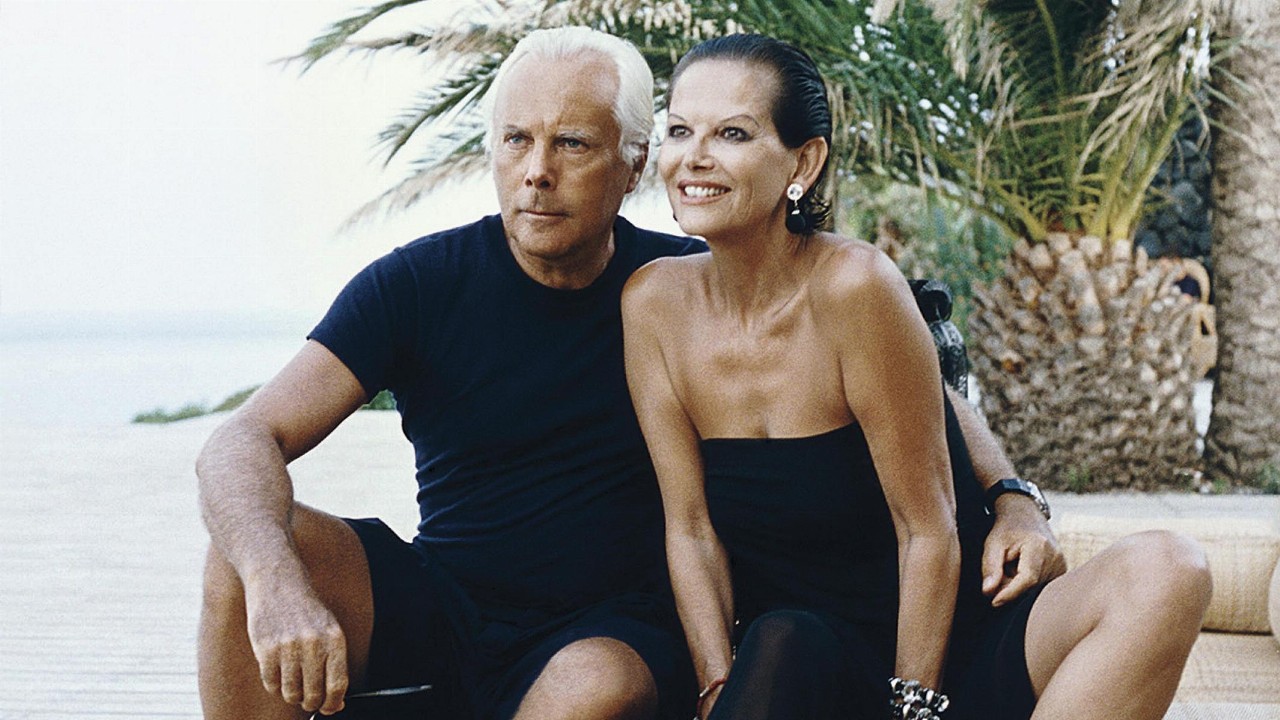 An iconic Italian clothing designer who boasts of an illustrious career spanning over 35 years in the fashion industry and whose signature style of relaxed yet luxurious ready-to-wear and elegant, intricately beaded evening wear helped introduce ease and streamlined modernity to late 20th-century dressing, Giorgio Armani, is a man who needs no introduction.

Since launching his namesake label in 1975, he has overseen the growth of his brand from a signature menswear line to luxury fashion empire including Giorgio Armani Privé and Emporio Armani apparel lines alongside accessories, footwear, cosmetics and home decor.

One look at the perennially tanned Billionaire Giorgio Armani indicates the Italian fashion icon knows a spot or two for a sun-soaked holiday; he travels to find places with dependable sun. With seaside homes on the remote Italian island of Pantelleria and a renovated farmhouse on the Tuscan coast — not to mention a superyacht berthed in Saint- Tropez — the couturier has most of his bases in the Mediterranean covered. And when winter comes, the 84-year old billionaire has been enjoying a private strip of paradise on the on the tropical Caribbean island of Antigua since. He has arranged his life so that the sun never really sets on wherever he lives.

While it might seem easier for others to follow the seasons of the sun in seaside hotels, billionaire Armani prefers to create entrancing worlds of his own. Famous for unstructured tailoring that drapes neatly on the body, he creates environments that trade formality in favour of an elegant, easy and relaxed simplicity in a home, as evidenced on his tropical Caribbean retreat on the island of Antigua.

Located in Galley Bay Heights along the West Coast of Antigua, the development sees 25 luxury villas line the beach, two of which owned by Armani himself. It is only 10 minutes from the capital of St. John’s and 20 minutes from the V.C. Bird International Airport.

Mother Nature was showing off when she created Galley Bay, on the west coast of Antigua, where rolling hills and craggy promontories rise up from gulfs of turquoise water lined with white beaches. Cloud formations regularly embellish the tableau, reproducing in the sky nebulous versions of the dramatic land formations.

Even Armani, a master of tonal nuance and shape, couldn’t improve on nature’s divine riff on colour and form.

"Antigua is quite simply one of the most scenic islands in the Caribbean, with lush areas of countryside juxtaposed against myriad beaches.

“Antiguans are the warmest and most welcoming hosts, who immediately make you feel at home," the designer said.

The two villas combine to form a cliffside compound surrounded by the beautiful Caribbean waters and tropical gardens. Each property was designed by Italian architect Gianna Gamondi with Villa Flowerholding six bedrooms while neighbouring Villa Serenawith a further five bedrooms.

The villas share the main pavilion, which steps down the slopes and feature verandahs that overlook the view, lagoon, and windows throughout have louvres and mosquito netting rather than glass.

“I wanted a real feeling of openness to the elements," Armani said.

Paths wind their way to beaches below the complex. The new village-like collection of buildings flows on its site as easily and inevitably as water trickling down a hill.

Each bedroom has its own ensuite bathroom as well as private access to the spacious outdoor patios overlooking the stunning bay below.

The villas have a large central living room furnished with large, comfortable sofas and complete with bar and louvered windows throughout. As in his fashion designs, where the clothes don’t wear the wearer, the furniture doesn’t overwhelm the house — “the house must be lived,” Armani said.

Designing for comfort and informality, the creative casts furniture in a supporting role, not as design divas demanding attention. The furniture, including custom-made long sofas, defer to rooms that then further defer to nature’s own masterpiece outside.

Working on the interiors with his Armani/Casa Interior Design Studio team, the designer borrowed heavily from his own line of furniture, Armani/Casa, which celebrates its 20th anniversary this year. The sofas, chairs, tables and homewares blend a Japanese sense of simplicity with the feeling of repose often found in the roomy Art Déco furniture by Émile-Jacques Ruhlmann, a designer Armani admires.

Each villa is privy to its own private pool, gym, outdoor jacuzzi and expansive outdoor terraces. Villa Flower also has private access to a quiet sandy beach just below.

Now opened for private rentals, Armani’s villas also offer up the use of a catamaran with a captain to sail around the nearby islands, alongside permanent staff with the option to include a private chef.

The properties can be rented as individual luxury villas or as one 12-bedroom luxury property for larger groups starting at $88,000 per week.

The island opened to visitors in June, but they will be required to complete heath-status disclosure forms before they land at V.C. Bird International Airport. Arriving passengers by air must have a negative COVID-19 RT-PCR (real time polymerase chain reaction) taken within seven (7) days of their flight. Please check local guidance as travel restrictions may change.