Luxuriously appointed on the exclusive clifftop of Bannisters Point, granting access to… 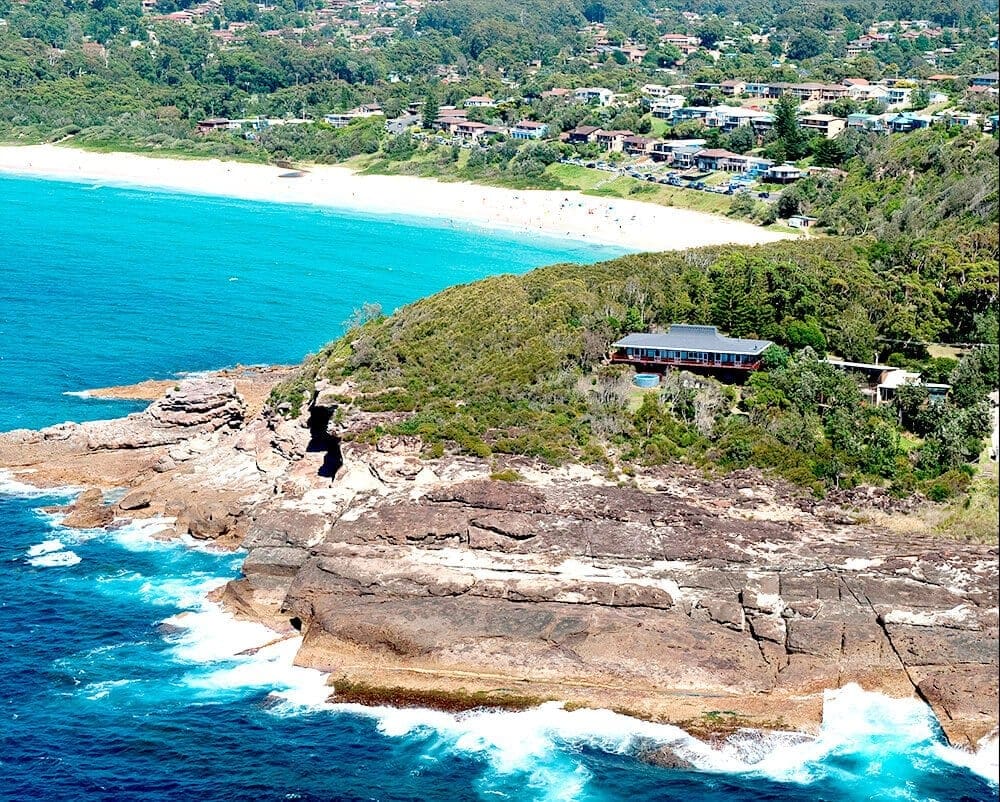 Luxuriously appointed on the exclusive clifftop of Bannisters Point, granting access to breathtaking views of a bush reserve on one side and sea on another, a wraparound verandah to take in these views while soaking in the sun and perhaps the largest outdoor jacuzzi in Australia! Rick Stein’s Mollymook beach house is the perfect palatial spot for groups and families.

The beach house was originally built out of Californian redwood in 1965, making it a local landmark, and acquired by British chef Rick Stein and his Australian wife Sarah in 2009; who refurbished it to retain it’s 60’s retro style all while including modern improvements to ensure you have a comfortable stay.

And of course, there’s a lavish kitchen, designed by Chef Rick himself, perfect for those wanting to play chef, sure to please even the most fastidious. The kitchen is fully equipped with Miele appliances, Nespresso coffee machine, juicer, high-quality cookware and homewares and even an overhead TV for cooking demonstrations. There is even a second dishwasher, something that will for sure come in handy when feeding a crowd. There is also a 6 burner BBQ on the deck.

Speaking of the deck, the house features an expansive timber deck overlooking the sea. Perfect spot to catch the sun rising in the morning, sit down and listen to the waves of the ocean crashing on the rocks, smell the fresh sea air or gaze up at the moon and stars at night. Outside is also the crown jewel of the property, a giant jacuzzi built from a water tank. Renters get a note from Rick stating: "We're told it's the second biggest in Australia. Have fun!"

The beachfront property is just 200 metres from Bannister's boutique hotel home to Stein's eponymously named restaurant, a day spa and pool bar. It is walking distance to local surf beaches, shops and a short drive to picturesque neighbouring towns.

Rick and his wife Sarah only make it to this Mollymook beach house about six times a year, so the rest of the time it's available for let through Bannisters, the boutique hotel a few doors away or through your preferred holiday house booking sites. With its exceptional location, retro style with modern finishes, plenty of space to accommodate a group of 6, a grand Jacuzzi and proximity to the beach, Rick Stein’s Beach House is the perfect beach retreat for you and your family or friends.