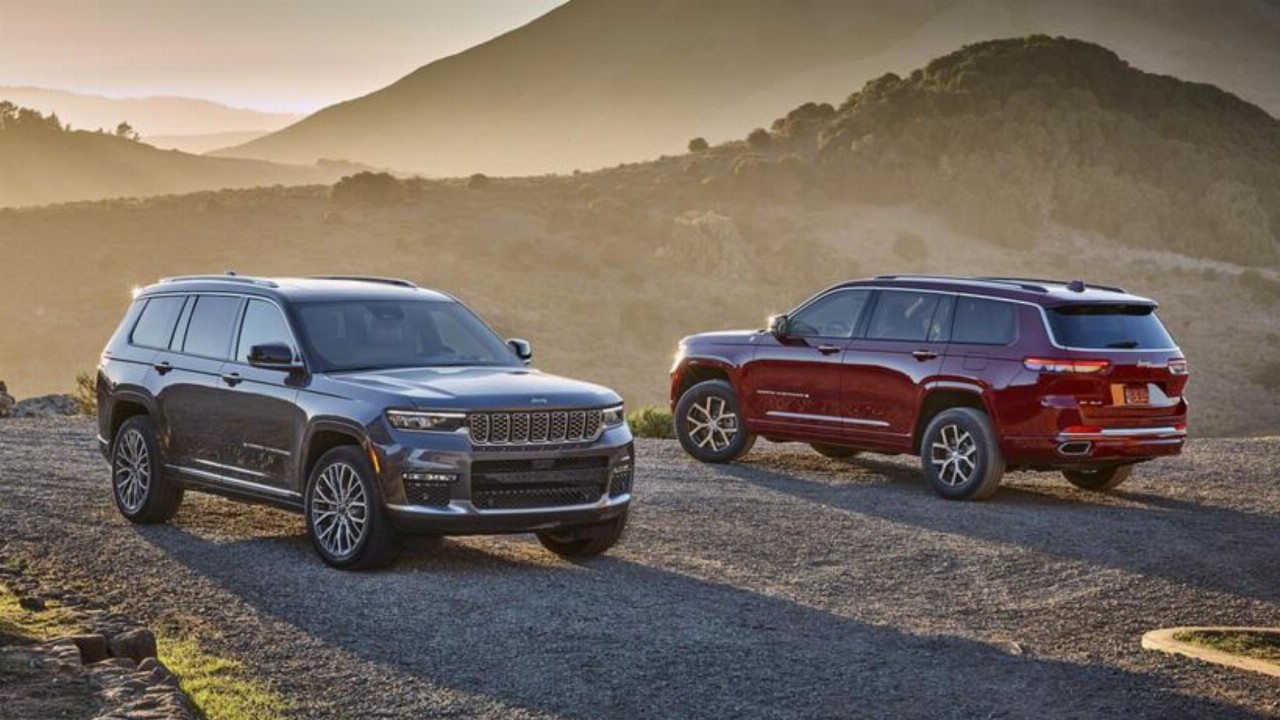 The Jeep Grand Cherokee is a cornerstone of the US off-road brand’s line-up, but the existing fourth-generation model is now distinctly long in the tooth, having held the fort for a decade – twice the usual model cycle.

The SUV that was previously a major player on the Australian sales charts but also subject to at least 20 safety recalls since launch in 2011, has now emerged in fifth-generation guise ahead of a late-2021 or early-2022 local release – and is touted as a game-changer in every facet.

The hulking American four-wheeler will be available in three different variants: There’s a standard two-row version and a plug-in hybrid model called the 4XE. But it’s the Grand Cherokee L that will appeal to luxury car drivers. Designed with an extended wheelbase, the model features three rows of plush seats capable of carrying seven and a spate of high-end features.

Arriving with a new design which takes inspiration from the original ‘90s Grand Wagoneer, which was considered the most luxurious American SUV on the road, the new Grand Cherokee exterior changes include a longer bonnet and cab, a forward-tipped seven-slat grille, slim LED headlights front and rear plus optional 21-inch alloy wheels. If the pictures are anything to go by, we think it looks rather good, though this seven-seat version isn’t set to make it to Europe.

The Grand Cherokee packs the same engines (for now)

Jeep is sticking for the tried-and-true combustion engines for the Grand Cherokee’s launch. Under the hood, the base model is fitted with a 3.6-litre naturally-aspirated Pentastar V-6 that delivers 290 hp and 257 ft-lbs of torque. Opt for either the Overland or Summit trims and you’ll upgrade to a 5.7-litre naturally aspirated V-8 that can churn out 357 horses and 390 ft-lbs of twist. Whichever engine you pick, power is sent to the wheels via an eight-speed automatic transmission.

The new Grand Cherokee can be a formidable off-roader if you level up to the Overland or Summit trims. Those trims offer Jeep’s Quadra-Drive II four-wheel-drive system with a limited-slip differential and a five-setting air suspension that can give up to 10.9 inches of ground clearance. Those trims also come standard with five different terrain modes, along with and hill descent control. An off-road package on the Overland trim adds skid plates, enabling it to earn Jeep’s coveted 'Trail Rated' badge.

You'll be able to lux up your Grand Cherokee

Inside, the cabin is available in four trim levels: Laredo, Limited, Overland and Summit. The new dash layout features a 10.3-inch digital gauge cluster and an 8.4-inch central touchscreen, along with wireless Apple CarPlay and Android Auto.

Upgrade to the Summit trim and you’ll get a bigger screen and an exclusive sound system engineered by the audio experts at McIntosh Laboratory. The Summit and Overland trim also offer adaptive cruise control, lane-centring assist, a head-up display and a night vision camera.

The Jeep Grand Cherokee L is slated to go on sale this Spring and is expected to be priced from $63,950. The two-row and hybrid models, meanwhile, will roll out towards the end of the year.