One of the most creative, talented and controversial people in the fashion… 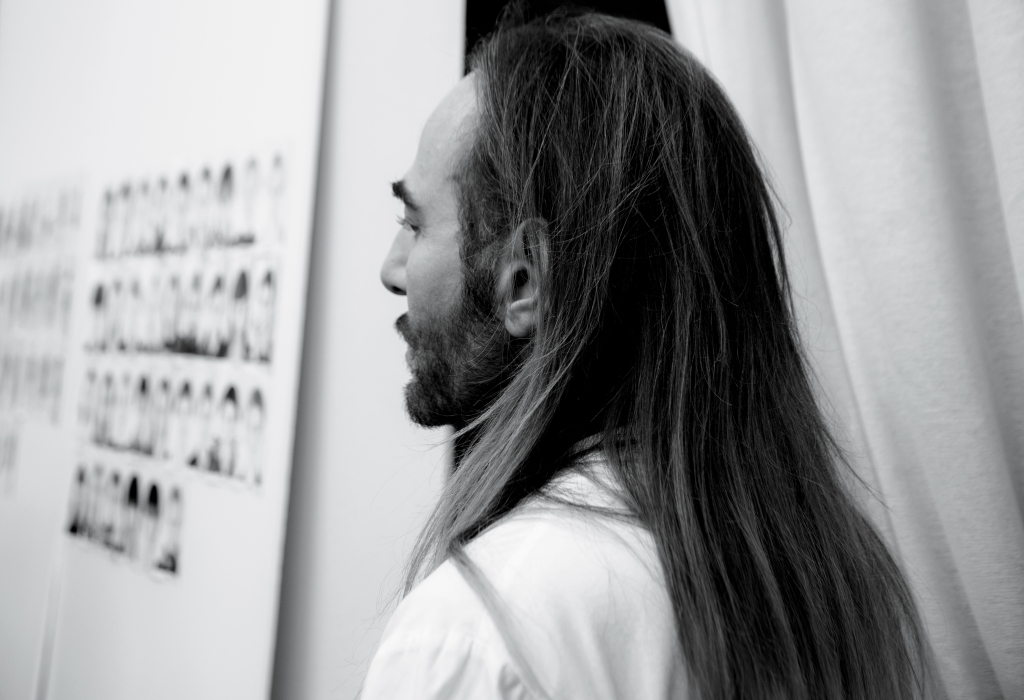 One of the most creative, talented and controversial people in the fashion industry, John Galliano continues to disrupt the beauty and fashion world with his out of the box deconstruction style and his unmatched craftsmanship.

The British designer was born in the British Overseas Territory of Gibraltar on November 28, 1960.  His mother played a huge role in instilling in him a bold and creative sensibility, when she dressed him in elaborate outfits, even when he was tasked with doing the simplest of errands. The family had moved to London and Galliano would get teased a lot by his schoolmates, but the foundation laid by his mother had already set roots, leading him to take a career path in fashion.

He enrolled at Central Saint Martin’s College of Art and Design in 1981 and graduated in 1984 with a collection entitled "Les Incroyables that drew inspiration from the French Revolution. His collection was purchased in entirety by Joan Burstein, the owner of the independent London fashion boutique, Browns, where it was displayed in its front windows: an unprecedented and prestigious endorsement. After trying his hand at owning his own label, Galliano went bankrupt due to a lack of business prowess.

Despite his financial crisis, John Galliano was named British Designer of the Year at the British Fashion Awards in 1987, 1994, 1995, 1997. In 1995 however, Galliano was appointed head designer of Givenchy, becoming the first British designer to head a French haute couture house. After two years, he moved to Christian Dior where he worked until 2011 when he got dismissed for racist and anti-Semitic remarks. After a time in rehabilitation, Gallianomade his comeback to the industry after he was named artistic director at Maison Martin Margiela.

John Galliano’s style has always been out-of-the-box, disruptive, innovative and as some will say, very controversial. This style remained at the core in his design when he worked to re-establish himself as one of fashion’s great couturiers and presented his debut collection for the Artisanal haute couture line in 2015. His work afterward has been met with critical acclaim, where his pieces are based on blurred gender lines, appraise historical times and styles, and focus on remodeling tropes of fashion such as the British trench coat to the strict nuns' habit.

In his new spring/summer Artisanal collection of 2020, John Galliano worked to deal with current time’s issues and used an up-cycling and minimalistic theme for all his pieces. According to Vogue, most of the collection was made from already existing materials: “memories” of bourgeois classics, recut, turned inside out, dissected, collaged, and punched through in a riot of colour.

His minimalistic approach was significant in his women’s bags pieces, which featured pocket bags, mini bags, crossbody bags, handbags, bucket bags, backpacks, and handbags. Here are a few pieces we like, you can check out other pieces featured on the collection here.

This crossbody bag in Nappa leather features an iconic Tabi cleft toe shape, a metal hinge, and a chain strap. The bag maintains a minimalistic look with the ballerina sole displaying the Maison Margiela number logo and a zip opening on the other side.

This bucket bag in metallic wrinkled leather with the Maison's iconic Tabi cleft sole on the base is completed with the number logo and a chain strap.

Debuted in the AW19 Artisanal Collection, the Snatched Bag lends its name from the slang term for 'good looks', and also the way it can be held in a snatching manner. Inspired by origami, the genderless bag presents an asymmetric shape and features a cross-body detachable chain with leather shoulder strap, and a perforated front handle to be worn as a clutch.