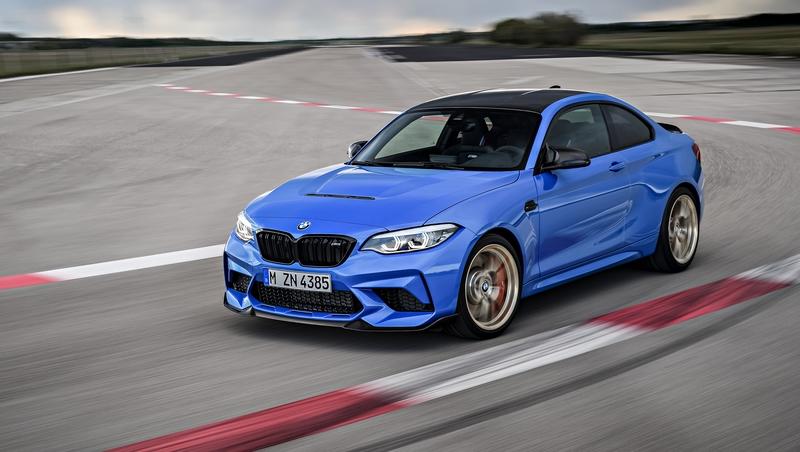 Just when you thought the BMW M Series can't do it any better, you thought wrong. The M series represents BMW's high-performance motorsports division, and its latest release, the M2 CS is the most aggressive model to date, and of course, it's a limited edition to boot.

Its predecessor, the BMW M Competition was already packed with features such as more performance from the new twin-turbo six, and it truly embodies the original M-Sport ethos. So what could have been improved?

Behind this blue beauty is a turbocharged 3.0-litre S55 inline-six engine that makes 444 horsepower (327 kilowatts) and 406 pound-feet (550 Newton-meters) of torque. That is 39 more horsepower (29 kilowatts) than the M2 Competition. You can have it with either a seven-speed dual-clutch automatic or six-speed manual transmission. Just how fast is this car? In 4 seconds, you can go from 0 to 100km/h (60 mph) in the dual-clutch transmission, and it takes 4.2 seconds using the manual transmission. And the top speed? 280 kph (174 mph).

And the goodies don't stop there.

This might be the last update to the M2 series, and they made sure it's going out with a bang. It seems that they have utilized carbon fibre reinforced plastic (CFRP) everywhere - on the lip and rear spoiler, front splitter, M twin-stalk exterior mirrors, rear diffuser, and hood, and even the roof, too. Aerodynamics and aesthetics have greatly been enhanced with this model, not to mention that it dons a set of 19-inch high-gloss jet-black finish wheels (though you can also have it in gold matte), of the Michelin cup 2 type, hiding larger M Sport brakes beneath. It comes in three drive modes: Comfort, Sport, Sport+.

When you have such a high-performance vehicle, wouldn't you want the interiors to be topnotch as well? The look inside was inspired by the M3 and M4 CS, plus a transmission tunnel covered in suede. The seats are lightweight body-hugging units, with motorsports stripes embroidered onto the headrests. In addition, the rear seats have the CS logo on the headrests. The centre armrest and dashboard are also covered in Alcantara, so as the stirring wheel which features the red contrast stitching plus the 12 o’clock mandatory race stripe.

How much does it cost?

According to BMW Australia, this beauty is all yours for $139,900. So if you are after a little track car that’s light as a feather and yet powerful, by all means, get yourself one. Remember, it’s a limited edition.