The epitome of the American way of life, Ralph Lauren is nothing… 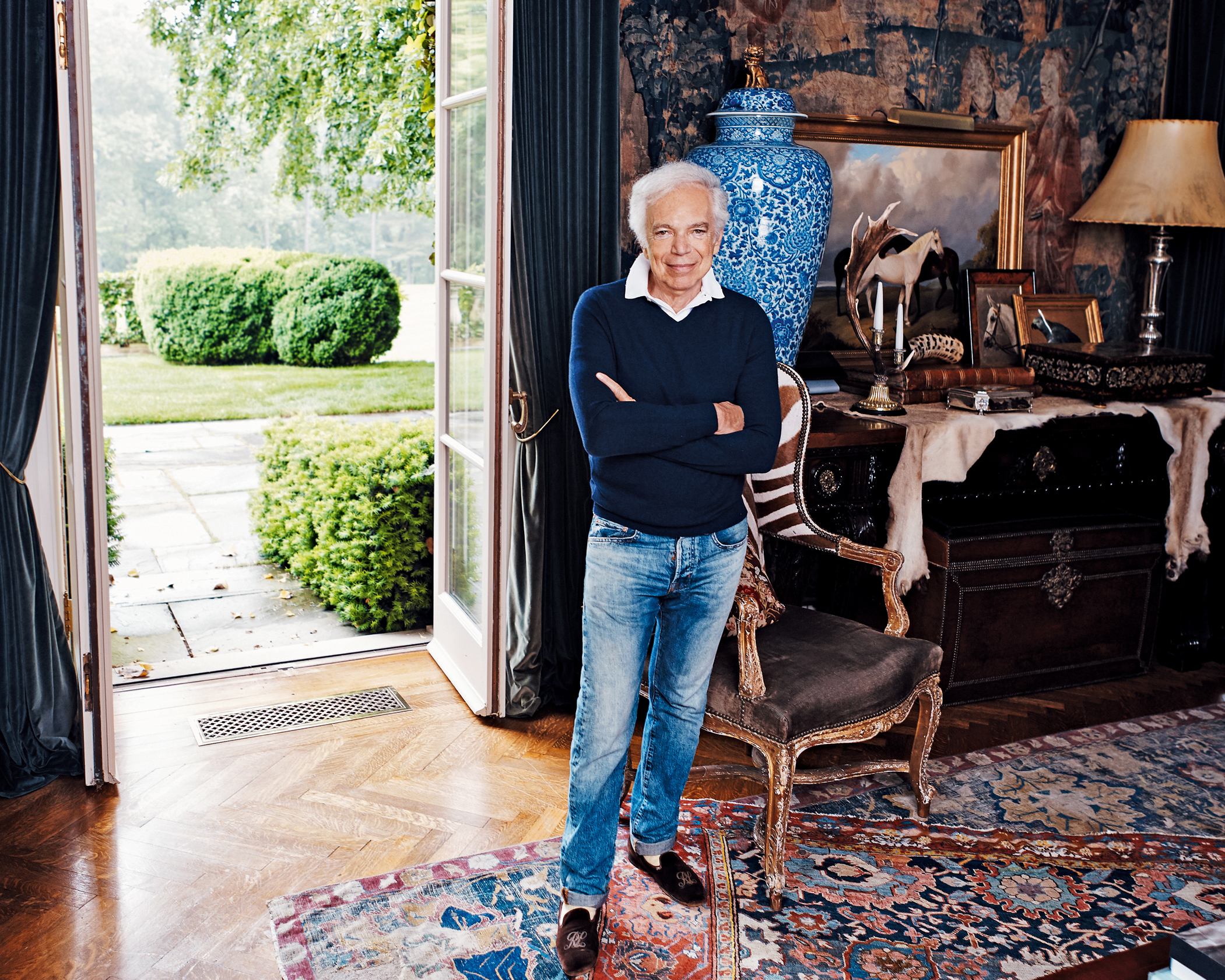 The epitome of the American way of life, Ralph Lauren is nothing short of an icon. His dreamy story that started with selling neckties from a drawer to a global brand that has earned its rightful place in Fashion weeks, runways, and not to mention more than a hundred stores worldwide.

Even with his unparalleled success, you'd think he would be lounging around in a million-dollar mansion in Los Angeles or a posh apartment in New York's most expensive zip code. No. Ralph Lauren's home is everything that an American home should be. Though he has a lot of houses around the world, this is where he has lived with his wife for years, it is the place where they raised their three children. You'd be surprised at the eccentricity of his home in Bedford, New York, sans the glitz and glam that the designer extraordinaire is used to.

The Norman-style stone manor house could only be described as a combination of a stately home and that of a hunting lodge. The home dates back to 1919, sitting on more than 250 acres of lush greenery, you feel as if you're transported to a Jane Austen novel. The home itself is 17,000 square feet with ivy crawling on every wall crevice, giving you the fairytale feeling, but its well-kempt that it doesn't feel abandoned. No, this isn't an English countryside home, and once you step inside, you will see how it's more American than it can ever be.

A true gentleman's retreat is never complete without a large sitting room, whose corner is dominated by a Louis XV bureau - from the collection of Edmond de Rothschild. Tartan accessories are found everywhere, and the plaid fabric on the wall could be bought from the Ralph Lauren Home Collection.

The sitting room is also completely covered by 18th-century tapestry, comfortable couches, Louis XV zebra wing chairs, the George II table, paintings that are larger than life, ceramic vases that are certainly worth more than a car, and an 1860s English chandelier that could only be dreamed of.

The theme of the sitting room is resonated in the rest of the house, an eclectic mix of antique and contemporary design. The dining area has the biggest collection of wall paintings and not just any kind. Paintings by Alfred Dedreux, Henry Koehler, Thomas Moyford are on display and Ralph Lauren flatware is also used.

A stately English vibe home without a library is like a furnace without heat. This room will welcome book lovers and be warmed by a black marble fireplace. An array of leather-bound hardback books that could come off as original first prints gather dust on the floor to ceiling bookshelves. The rather large 18th and 19th-century oil paintings adorn the dark mahogany panelling.

If it was anything less, it wouldn't be his home. A walk-in closet is outfitted with mahogany millwork and among his wardrobe staples are classic ridings boots and a jean jacket. You can't be more American than that.

He emphasizes the presence of native items that give off a rustic vibe, and yet maintains regalness all throughout. His master bedroom is wrapped by a deep blue fabric and a Regency bed on top of Oriental rugs complete the look. The master bath is a bit of fresh air from the resounding decor of the stately home, as it is all white, and with fewer paintings and adornment.