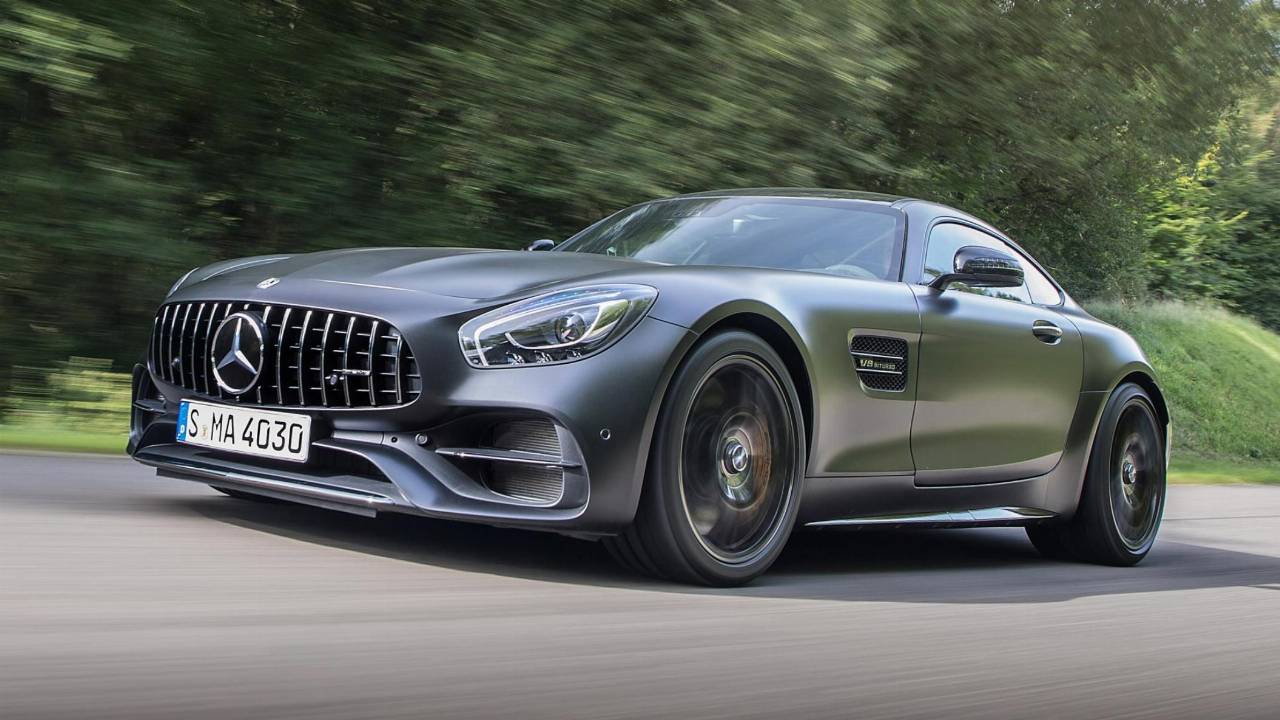 Offered as a soft-top roadster or a coupe, the two-seat sports cars serve as the halo sports cars to the Mercedes-AMG lineup. All the models are brutally quick, going from zero-to-60-mph in less than 3.5 seconds, all are front-engine, rear-wheel-drive machines powered by a thunderous turbocharged V-8 helped by a dual-clutch seven-speed automatic transmission which is standard for all models.

For 2020 Mercedes-AMG upgraded the exterior and interior of its GT and GT R models. On the outside, you can find new wheels, new model-specific exhaust tips, a redesigned rear diffuser, and new LED head and tail lights as well.

What's more, you'll be able to enjoy the fully digital 12.3-inch instrument-cluster display that has been added along with a new 10.3-inch multimedia-centre display. There's also a new AMG Track Pace virtual race engineer command application, so you can monitor your lap times.

In addition to the 4.0-litre V-8 that every 2020 Mercedes-AMG GT, GT C, and GT R is powered by, every model also gets a carbon-fibre driveshaft and a dual-clutch seven-speed automatic transaxle, which improves balance and handling.

The engine in the GT models is rated to produce 469 horsepower, but it's cranked up to 550 horsepower in the GT C variants and 577 horsepower in the GT R and GT R Pro, which also get an aerodynamics package that increases downforce by 2020 pounds at 155 mph versus the standard GT R, improving grip and performance on the racetrack.

As you can guess with such performance, it's no surprise the AMG GT series are thirsty, but their EPA isn't as dire as you might expect. The GT models are rated 16/22 mpg city/highway. For the more powerful GT C models, those numbers drop to 15/21 mpg. The GT R and GT R Pro are rated 15/20 mpg city/highway. For instance, the 2020 Porsche 911 S, which is powered by a twin-turbo 3.0-litre flat-six, is rated at 18/23 mpg.

Even if the Mercedes- AMG GT, GT C, and GT R have six-figure price tags, they aren't exactly brimming with active safety-tech systems and driver aids. Features such as automatic high-beams, rear cameras, parking sensors, and Mercedes-Benz's Pre-Safe collision avoidance system are standard. Blind-spot assist and lane-keeping assist are optional on the GT but come standard on the GT C.