“We celebrate Porsche’s heritage. Doesn’t get much more complicated than that,”Rob Dickinson,… 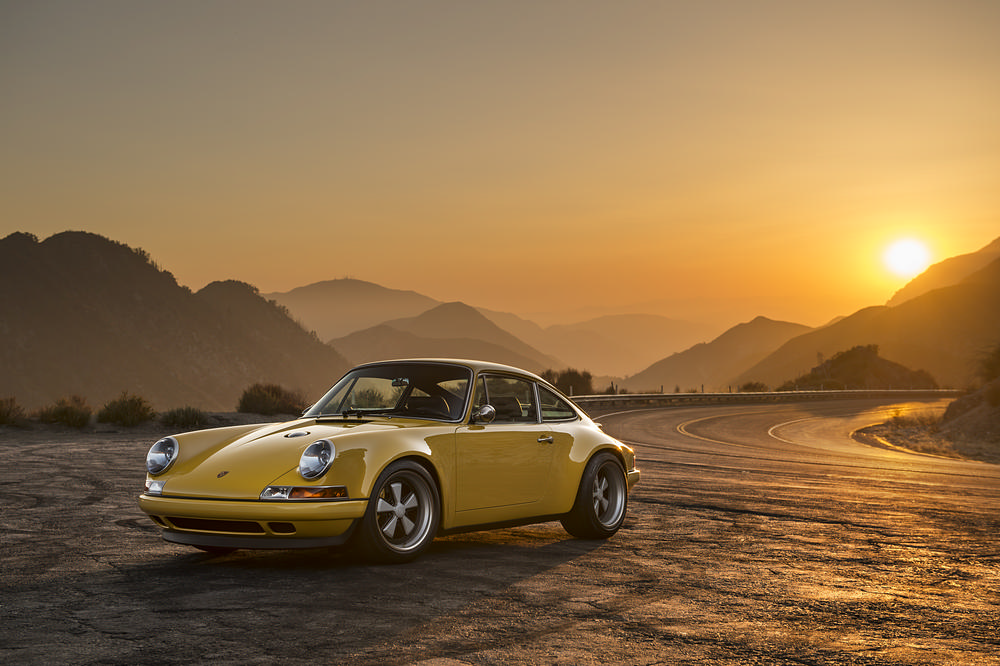 "We celebrate Porsche's heritage. Doesn't get much more complicated than that,"

You don't have to be Jerry Seinfeld to love Porsche. Sure, you might not have a collector's garage worth up to $150 million with its own staff and living area, but almost every coupe lover is a fan of the classic Porsche 911 style.

With the latest iterations of the 911 range nearly eclipsing our roads, the 992, it might be a bit hard to get your coupe to stand out from the crowd.

Rob is the founder of Singer Vehicle Design, an automotive shop that specialises exclusively in customising and rebuilding Porsche 911's.

It's easy to mistake Rob as a Californian surfer the way his autoshop's instagram looks — but you'd be wrong. The car lover is actually an ex-rocker from Norwich, England.

Rob was part of alternative band Catherine Wheel since its inception and demise — boasting skills a strong songwriter and performer. He's also the cousin of Iron Maiden's Bruce Dickinson.

After Catherine Wheel disbanded in 2000, Rob founded Singer Vehicle Design nine years later. The name of the shop is a play on word from Rob's life as a musician, and an ode to legendary German Porsche engineer Norbert Singer.

Based just outside of Los Angeles, California, Singer Vehicles are a worldwide hit. This is no passion project that your dad keeps tinkering away in the garage.

Even Top Gear (the original, real crew — not the imposters) have tipped their hat to Rob's genius work.

"We celebrate Porsche's heritage," Rob said in an interview with Brian Maske.

"Doesn't get much more complicated than that."

The ex-rocker is particularly fond of the lightweight air-cooled engines found under the Porsche 911's hood — which were phased out by 1998.

Part of revamping the old models with a unique twist, for Rob, is retaining the "charm" that comes in hand with air-cooled engines, but also making them relevant for the new generation.

"I fell in love with the Porsche 911 in August 1970, on vacation with my parents in south of France," Rob told XCAR.

The would-be musician and future car czar felt his father tap his shoulder. To their left was a roaring Porsche 911 — and his world was changed.

"I was captivated from that point, I was very much gripped and fascinated, haunted, just mesmerised by this odd car," he said.

"The idea to have one as soon as a I could at that age was palpable."