One57: New York’s Most Desired Address 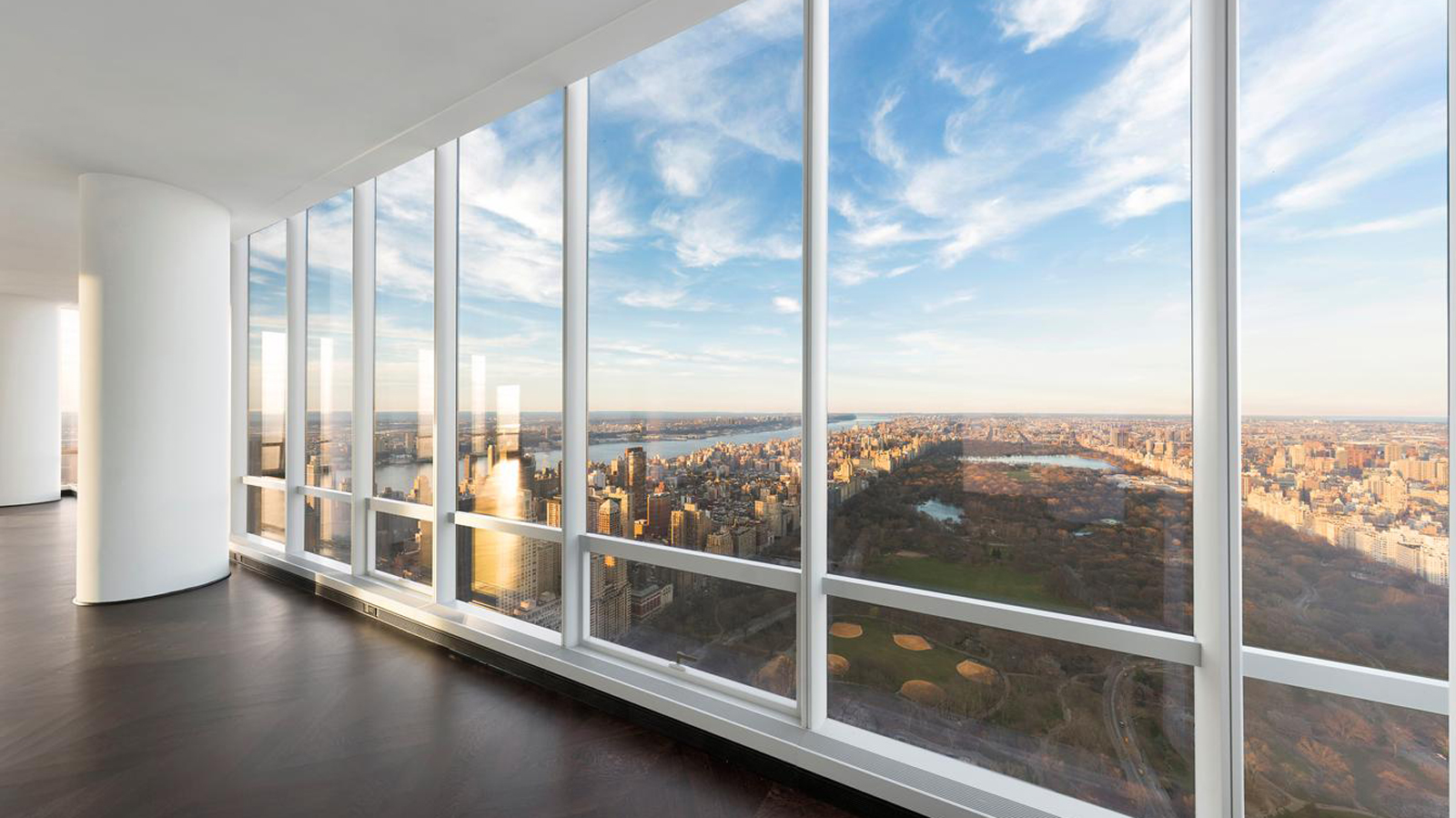 Construction of this beauty started in 2009, but it wasn’t open until 2014. The tower was developed by Extell Development Company and has 90 floors, with an extra two floors beneath the ground.

The first 39 floors of the blue-hued glass building are occupied by The Park Hyatt Hotel. This avails residents the opportunity to experience the hotel’s luxury or an option to use their own entrance, lobby, elevators so they don’t have to mingle with the hotel guests.

The super-tall skyscraper rises 1,004 feet above 57th Street, now exquisitely named Billionaire’s Row. When it was first completed in 2014, it held the record of the tallest residential building in New York, although it only held that record for a short while.

Besides the Park Hyatt Hotel, the building has 95 luxury condominiums which occupy the rest of the space. As expected for such a stellar building these penthouses are occupied by millionaires and billionaire alike. The most expensive of all penthouses sold for $100.47 million in 2014 to a then undisclosed buyer.

It was later discovered that the awe-inspiring duplex on the 89th and 90th floor was bought by none other than the billionaire CEO of Dell Technologies, Michael Saul Dell. The deal was first announced in 2012 when the building was still under construction but was only closed in 2014.

The billionaire who is estimated to be worth around $25 billion and is among the top 40 richest people in the world doled out the massive sum to purchase the penthouse. The deal closed as the most expensive home ever bought in New York City and held the record until January 2019 when Ken Griffin bought a unit at the 220 Central Park South for a whooping sum of $238 million.

Michael Dell's penthouse has six mega-bedrooms and seven bathrooms to go with them. Two powder rooms as well as a steam room. The kitchen has two of everything – dishwasher, stoves etc. An in-built Miele coffee maker is the icing on the cake. One of its most amazing features is the 23-foot floor to ceiling windows which gives about the best view of New York City.

Imagine waking up to the view of New York's Central Park every day.
Other units on the building down from one bedroom to six-bedroom penthouses with the lowest ceiling being 10 feet 7 inches high. Again, all other units of the building also have unobstructed views of the city with floor to ceiling windows for a clear view. Several billionaires like Liu Yiqian, Silas Chou, Lawrence Stroll and the Prime Minister of Qatar have also splashed the cash on this New York's enthralling beauty.

The high-rising tower was designed by Christian de Portzamparc, an award-winning French architect and the interior was handled by a New York-based interior decorator Thomas Juul-Hansen. The tower's curved top and the use of light and dark-coloured glasses to create vertical stripes at its exterior are some of the buildings outstanding characteristics. It’s the highest-rising building just close Central Park. Don’t miss having a look when next you’re in Manhattan, New York.