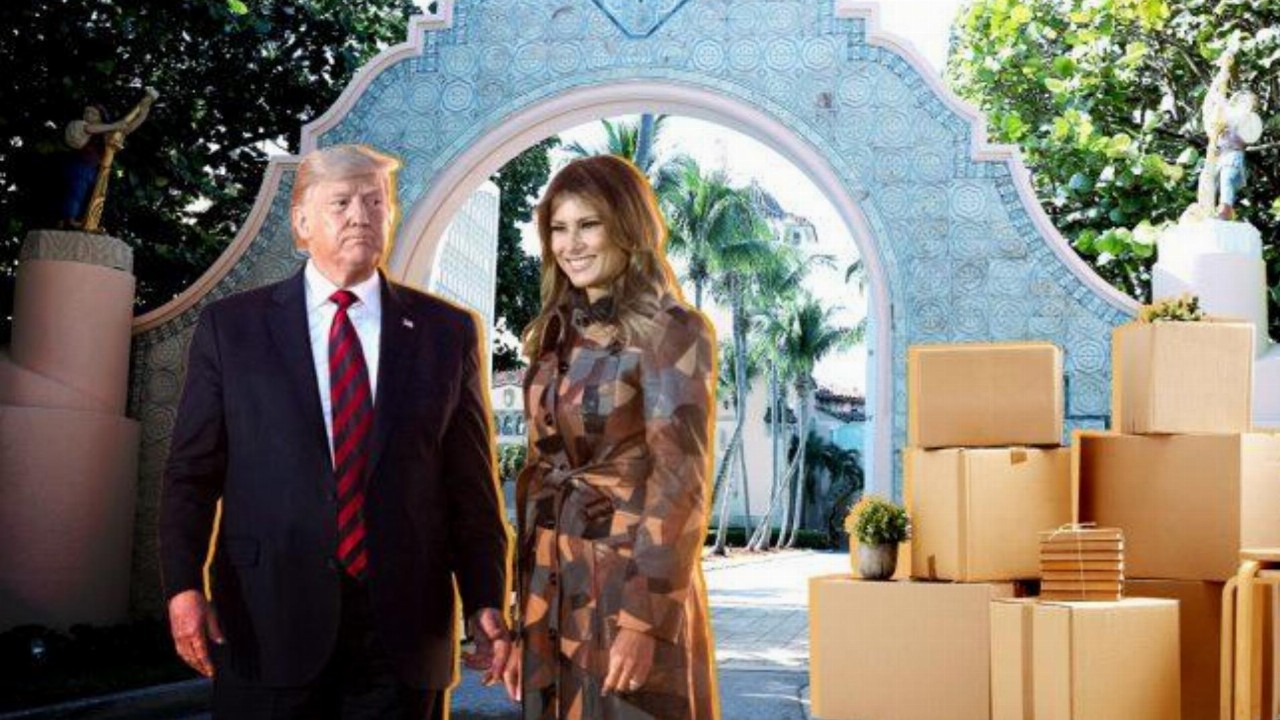 Donald Trump will make his massive Mar-a-Lago estate on an island off the coast of Palm Beach in Florida his permanent home as his presidency comes to an end.

A display of unbridled wealth, on "Billionaire's Row", and the only private club with a 6-Star Diamond Award from the American Academy of Hospitality Sciences, Mar-a-Lago is about to receive incumbent president Donald Trump.

News of him making this his home after his presidency came about when reports surfaced about on-going remodelling and construction work at the Trump's on-property living space. To further confirm, moving trucks were spotted earlier this week and the West Palm Beach community is expecting to be joined by the Trumps.

Built-in 1927, this estate is worth over $300 million and designers Marion Sims Wyeth and Joseph Urban were the primary designers for the interior and exterior style, which highlight old world features of Spanish, Venetian and Portuguese styles.

The Mar-a-Lago Estate holds 58 bedrooms, 33 bathrooms, an 8.8 m pietra dura marble top on a dining table, 12 fireplaces, and three bomb shelters. The whole structure is hurricane resistant and is designed around 20 acres of pristinely manicured lawns.

Donald Trump purchased the property 1985 for around $10 million, which he later transformed into a private club in 1995. Upon turning it into a private club, world-class amenities were added, including the Mar-a-Lago Spa, five clay tennis courts, an oceanfront swimming pool and Beach Club, a chip and putt golf course, to name a few. There is also a state of the art gym. And, if the walls could talk in the magnificent Donald J. Trump Grand Ballroom, no party could rival any event hosted here, ever.

To get a membership to Trump's opulent playground, it will cost you $200,000 annually plus another $14,000 in fees and a minimum of $2,000 for dining. Members could also stay here for a maximum of seven days as there are 128 guest rooms available.

Trump inside the library at Mar-a Lago in 2008.

Inside the living room at Mar-a Lago.

With current wife Melania Trump in 2011.