Van Cleef & Arpels Reveals The Treasure Behind The Ruby Stone

Van Cleef & Arpels can do no wrong. And if they do… 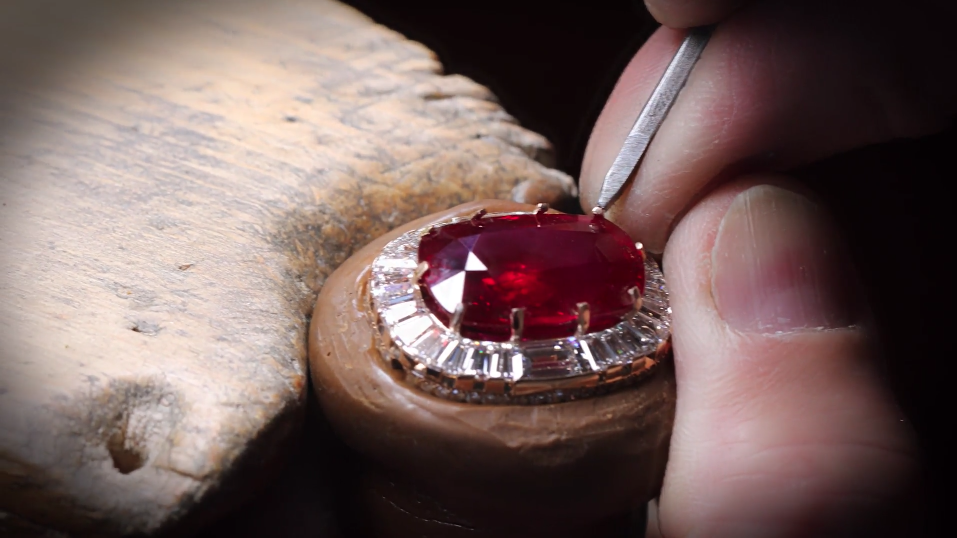 Van Cleef & Arpels can do no wrong. And if they do something, nobody can do it better. A half baked idea is never pursued until perfected - and that's how they came up with their Treasure of Rubies Collection.

In 2016, Van Cleef & Arpels launched it's Émeraude en Majesté collection, opting for emeralds instead of rubies. Harper's Bazaar shared that Van Cleef & Arpels’ CEO and Global President Nicolas Bos already conjured the idea of a ruby collection. But he was also aware of the task at hand, "The stones are too rare, too expensive, and I didn’t want to do a collection that could have been disappointing. If we, as Van Cleef, are going to have a statement on rubies, it has to be convincing."

Lo and behold, here they are, with a collection no one has ever done, ever.

Ten years, three thousand carats, and sixty pieces later, this collection dedicated to the king of gems - rubies - was first exhibited in Bangkok. It was also said that most of the pieces were already spoken for even before they were shown off. Aside from the obvious fact that this collection took years in the making, it's also its royal design and transformability that makes it more enthraling. Here are some of the most notable pieces of the collection.

This is a transformable necklace and ring, with the necklace having a ruby weighing more than 25 carats and 18 matching rubies adorning the rest of the necklace. This major piece has an astounding 30.40 carats.

These drop earrings have detachable pendants, so you can decide which to wear on which occasion. Made of white gold, the earrings have two pear-shaped DIF type 2A diamonds of 21.26 and 20.37 carats, surrounded by rubies, of course.

Another transformable piece is this necklace with a detachable clip depicting berries that dot woodlands in the summer. The ruby in the centre has 18.12 carats.

The name is a giveaway, inspired by the jewels of the Indian maharajas, this ring is exquisitely carrying DFL diamond weighing over 8 carats.

There is nothing else that says opulence and extravagance other than the Priya transformable long necklace - it has a carved ruby of 25.23 carats, 214 ruby beads (123.09 carats), pink sapphires, white cultured pearls, diamonds, and made of pink gold. It can also become a short necklace with two bracelets.

A bracelet inspired by the 1930's jarretière bracelets, this piece has 13 matching rubies totalling to 35.05 carats.

A discrete homage to the founder of Maison Schiaparelli, Elsa, this necklace has one oval-cut ruby of 5.05 carats in the middle.

The Berunda, named after the two-headed bird of Indian mythology, shows the inverted symmetry of a 3.23-carat ruby and a DIF diamond of 3.99 carats.

The rich pattern of paisley is the inspiration for this transformable necklace. It has 16 rubies weighing a total of 33.06 carats. The pendant is detachable and can be worn with any chain.

This clip used the Mystery Set technique, which was patented by Van Cleef & Arpels, and is inspired by oriental floral motifs.

The flexibility that these pieces offer do not affect the impact that the collection wants to convey - not all that glitters is gold, not everything that shines bright is a diamond.