Why Capri Should Be On Your Summer Holiday List 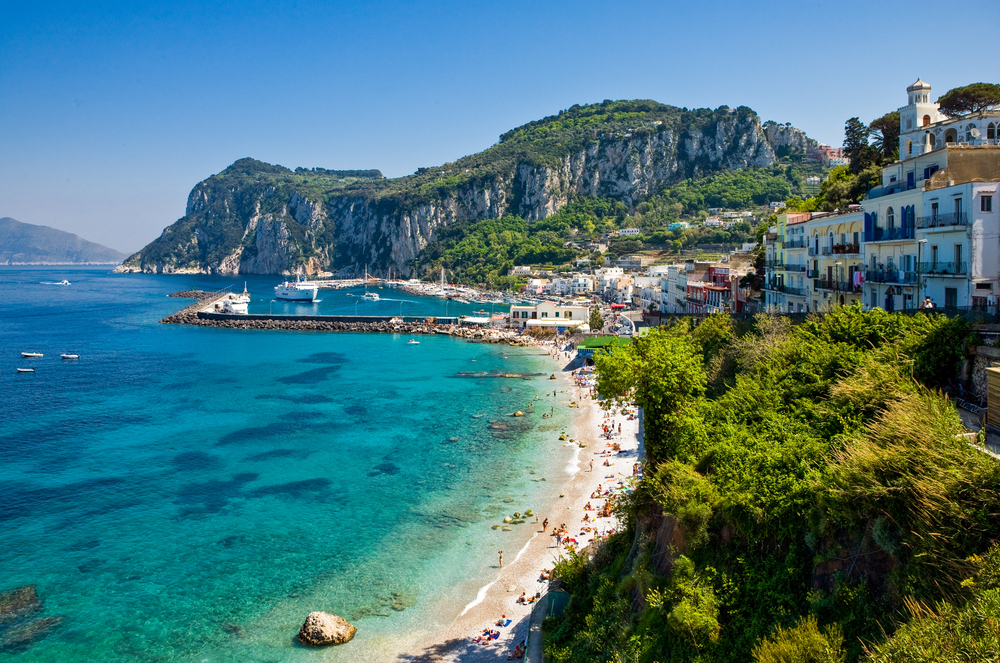 There are over a hundred destinations around the world where you can layback and appreciate the days of summer, so, why pick the southern Italian island off the Coast of Sorrento? Here are seven reasons why you should choose Capri as your next summer getaway.

The Blue Grotto, which is the top tourist destination in Capri, used to be a personal swimming stop for one of the earliest Roman emperors, Tiberius. It's a hidden treasure inside a cave and emits this almost ethereal blue light everywhere.

Meet Stella, Faraglione di Mezzo and Faraglione di Fuori or Scopolo, the three rock formations spurting out just meters from the Southern coast of Capri. You might be more familiar with its other name, Monster's Teeth, but there's nothing "monster-ish" about this beautiful sight.

Via Krupp via Giardini di Augusto

To not be led into confusion, Via Krupp (translates to the street in Italian) and is known as the name of a long and winding stone road. The best way to see it is to go up the Giardini di Augusto first and then look down. An aerial view of this road is most definitely, Instagram worthy. But if you brought good walking shoes, by all means, enjoy the zig-zagging path. Though you'd have to check first if it's open because it's closed most of the time due to falling rocks.

The Giardini di Augusto is the botanical garden of the island. If you aren't a fan of flora, you can still head up there to enjoy the view of Via Krupp, as aforementioned, and of Monte Solaro and the Faraglioni.

The highest point in Capri, Monte Solaro is about 589 meters above sea level. You can have a good trek to reach it, or if you don't have the time, you can take a chairlift. It takes about 12 minutes to reach the peak as opposed to at least an hour of trekking time. The views are jaw-dropping up here, they're once called the view of the gods (of the Roman Empire).

We know just how charismatic the Roman's were, with their pristine white gowns, sipping on quality wine and fine foods. Well, keep your imagination up because you'll need it when you visit the ruins of Villa Jovis, Emperor Tiberius' enclave whilst in Capri.

Nothing beats going away from the crowded Piazzetta and enjoying the lush greenery and scenic overview that Capri has to offer. And you can make the most out of this by trekking your way up the Arco Naturale.

You can never leave Capri without enjoying the salad named after it! Though very simple, it's the most Italian salad you could taste. It's made of fresh mozzarella, ripened tomatoes, fresh basil leaves, olive oil, and a little dash of sea salt.

Capri is like the more active brother of Amalfi and Como, always getting you to go on foot, but also pausing in between so you can breathe, relax, and enjoy the view.