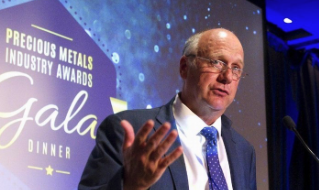 Matador Mining (MZZ) has completed phase one of a heli-magnetic geophysical program at the Cape Ray Gold Project in Canada.

Positively for the company, the program has already identified a significant amount of new and untested structures.

Cape Ray occurs over an extensive shear zone where there are multiple deposits that have been subject to drilling and exploration.

In addition to the phase one program, the company drilled 855 auger holes over a six square kilometre area between the Big Pond and Window Glass Hill deposits. Multi-element assays are pending and the results will be integrated with detailed magnetic data to generate diamond drilling targets for later this year.

Power auger drilling is also being undertaken at Target Area Two to test a five kilometre long gold anomaly associated with the structures identified during the heli-mag program. The anomaly has previously returned gold values peaking at 191 grams of gold per tonne (g/t).

Like the drilling between Big Pond and Window Glass Hill, drilling at the second target area aims to generate targets for drilling later this year.

“With five rigs now active at site, the team is focused on ramping up both our diamond and auger drilling and delivering quality results from these programs,” he said.