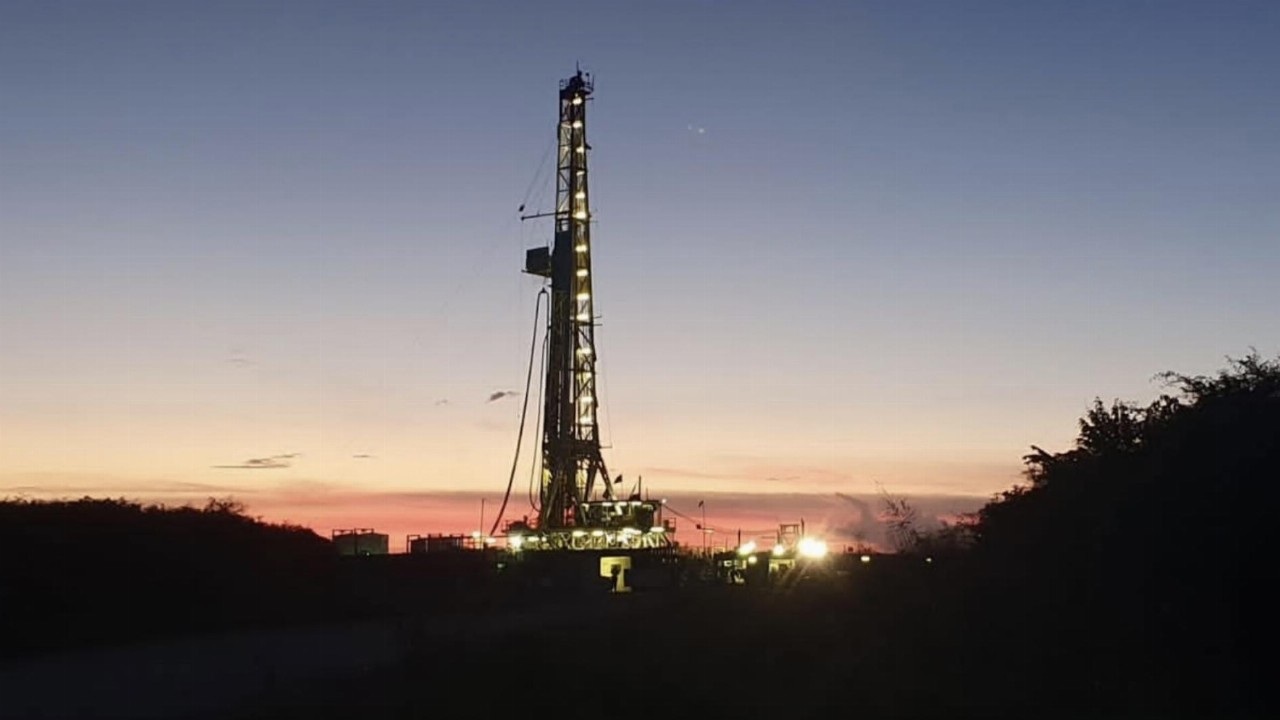 Short form tests planned for the Marti structure at Melbana Energy’s (MAY) Block 9 contract area in Cuba have been interrupted, after oil continued to flow into the well bore.

The total depth for the Alameda well was called at 3,916 metres measured depth (mMD), because there was what the company called “significant and highly pressured  influx of oil and gas” into the well.

Melbana says the flow of highly pressured oil into the well bore, despite placing a weighted mud column on top of it, speaks volumes about the potential of this well.

It had tried to build up mud weight to get the well under control, before filling most of the roughly 300 mMD section that had already been drilled with cement, in an attempt to isolate the high-pressure zone.

The company then planned to drill a short side track, starting above the cement plug, to take oil samples from a shallower and less pressured section of the oil interval encountered.

But once again, oil started to flow into the well bore, before this drilling could begin.

Melbana believes this was likely due to the reservoir pressure previously encountered at total depth exceeding the strength of the roughly 250 metre cement plug.

A liner will now be set below the shoe of the previous section and cemented in place, in order to get control of the deepest part of the Marti interval.

Samples will now be taken from the most prospective intervals of the (immediately higher) Alameda structure, before moving the rig to commence the drilling of Zapato-1.

“The Marti structure is clearly the most exciting part of the first well and we now want to do a more conventional and extended testing program there,” said Melbana Energy’s Executive Chair, Andrew Purcell.

“The highly pressured oil that continues to enter our well bore, despite the maximally weighted mud column we have put on top of it, speaks volumes about the potential of this structure.

“This strongly influences our thinking about the sequencing of the forward work program so I look forward to being back with the team in Cuba the week after next to review operations and the relative priorities of our various work streams following the completion of the Zapato-1 well (which we are all looking forward to commencing, too).”