Melbana Energy (MAY) has stopped drilling the Alameda-1 exploration well located onshore Cuba, and casing string is being run into the hole.

Drilling of the well resumed in December after a month-long pause due to a delay in the delivery of drilling supplies. During the hiatus, MAY completed maintenance work.

Last week, the company reported the well was at a depth of 2511 metres and following a review of the ongoing activities, the drilling plan was amended to drill ahead and set the casing string at 2700 metres.

However, after reaching 2592 metres, a decision was made to stop drilling the section, run logs and install casing.

From the process, MAY said a suite of wireline logs were acquired and are now being analysed.

With the data, Melbana hopes to yield useful structural dip and orientation data to help the geological interpretation.

Additionally, biostratigraphy work is being undertaken from samples recovered from the section to further refine the stratigraphic sections intersected to date.

The casing string is being run to total depth and once there, the casing will be cemented and pressure tested before drilling ahead.

The company’s next target is the primary structure called N, which it predicts will be encountered at 3000 metres measured depth, with the deepest and largest primary structure, called Alameda, expected 600 metres further. 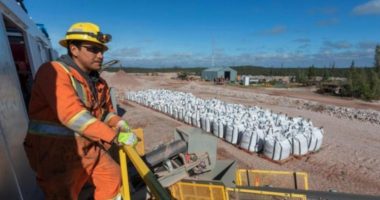