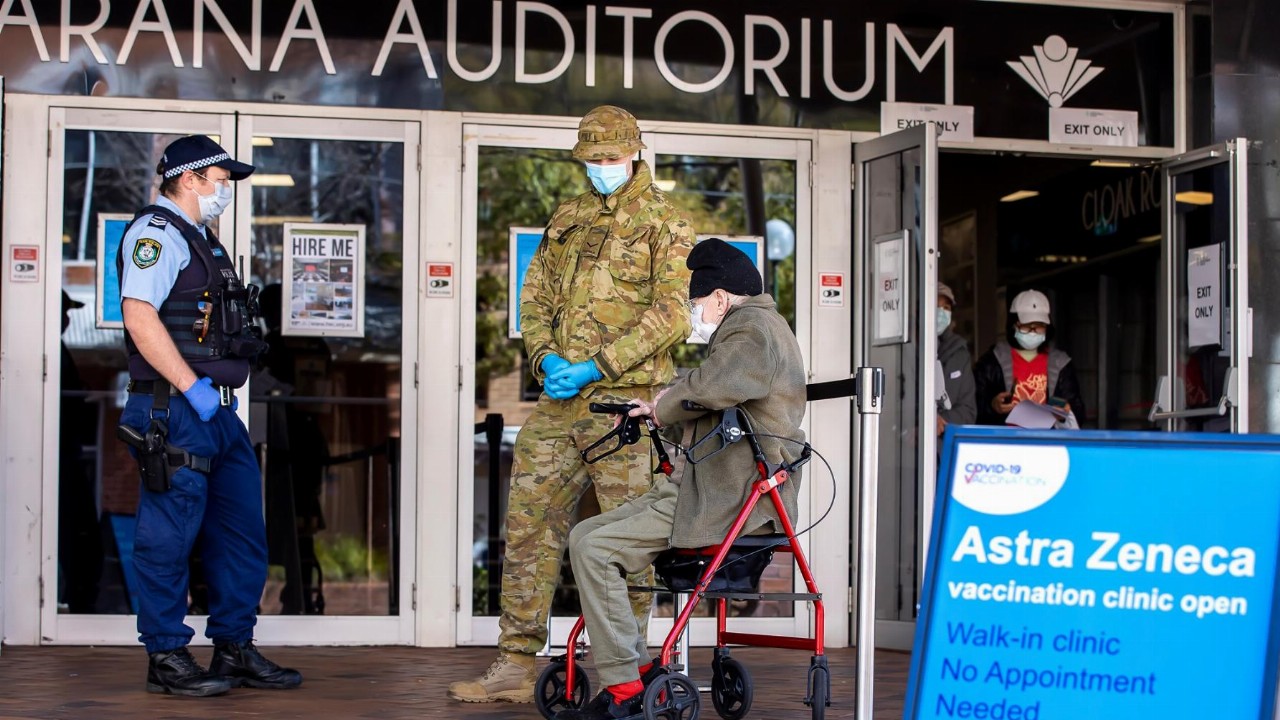 Members of Australia’s military are being sent to the NSW and Queensland border, as Sydney’s records another 681 cases of COVID-19.

Queensland’s Premier has requested that 100 troops be sent to border crossings to aid police in checking travellers entering the state, which is currently COVID-19-free.

All of regional NSW had its lockdown restrictions extended as the state once again broke its daily case record on Thursday – with 681 local infections.

Sydney will also remain in lockdown until at least the end of August and Premier Gladys Berejiklian said the plan to exit lockdown would require more vaccines.

“We have to accept that Delta works in different ways to previous strains of the COVID virus,” Ms Berejiklian said.

“Therefore, we need to consider vaccination rates in the broader community and also whether children between a certain age need to get vaccinated as well.”

Extra police were also being sent to NSW and Victoria’s border, as Melbourne struggles to contain a growing Delta outbreak.

Victoria recorded 57 new local cases of COVID-19 on Thursday, with 54 of them linked to existing outbreaks.

Premier Daniel Andrews said this outbreak had affected a lot of children, prompting his government to close all metro playgrounds this week.

“I know it’s tough for families to not be able to take kids to playgrounds, but we’ve got 50 kids as part of this outbreak that have got coronavirus,” Mr Andrews said.

“Any sense that children don’t get it and don’t spread it is just wrong.”

Canberra acquired 16 new local cases of COVID-19 while the Northern Territory extended its lockdown for Katherine.

New Zealand also reported 11 new cases of the virus on Thursday, while officials in the country confirmed their recent outbreak has been linked to Sydney.

Prime Minister Jacinda Ardern said authorities believed it may have been brought into the country by a person in hotel quarantine returning from NSW earlier this month.