The complaint, lodged with AusNCP, alleges that MYL is “irresponsibly” divesting and disengaging from its Bawdwin assets in Myanmar.
ASX:MYL      MCAP $13.30M 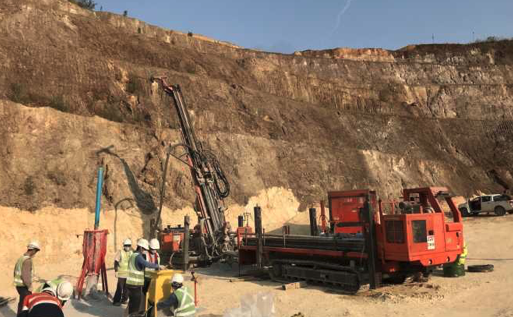 A coalition of Australian organisations and hundreds of Myanmar groups have lodged a formal complaint against ASX-listed Myanmar Metals (MYL) to the Australian National Contact Point (AusNCP).

The complaint alleges that MYL is “irresponsibly” divesting and disengaging from its Bawdwin assets in Myanmar without proper consideration for the human rights of the Myanmar people.

AusNCP is responsible for promoting the Organisation for Economic Co-operation and Development (OECD) Guidelines for Multinational Enterprises — guidelines MYL is accused of breaching.

Non-government organisation coalition Publish What You Pay (PWYP) brought the complaint to AusNCP on behalf of 245 Myanmar groups this week.

The complaint alleges that MYL did not conduct appropriate human rights due diligence when planning the sale of its Bawdwin assets, failed to seek to prevent or mitigate adverse human rights impact from the sale, and has not been adequately transparent with shareholders and regulators in its decision to sell its Myanmar assets.

Myanmar Metals made the call to divest its once-flagship Bawdwin project following the February military coup in Myanmar, which saw armed forces seize control of the country in an orchestrated move against its democratically elected government.

Ongoing unrest and civilian uprisings across Myanmar have left the country — and the future of the Bawdwin mine — rife with uncertainty.

As such, MYL Chairman and CEO John Lamb confirmed this week the company has agreed to sell its 51 per cent interest in the Bawdwin project to Win Myint Mo Industries (WMM) for US$30 million (A$40.8 million).

“Despite the high quality and robustness of the Bawdwin asset, the board sees no prospect of there being an operating environment in Myanmar conducive to an ASX-listed company seeking to procure project finance in the short to medium term,” Mr Lamb said this week.

MYL shareholders will vote on the Bawdwin sale at an upcoming meeting on September 24.

Publish What You Pay is a coalition of non-government organisations calling for more transparency and accountability in the oil, gas and mining sectors.

The coalition initially flagged concerns around MYL’s Bawdwin asset back in February, claiming that continuing on with the development of the mine would mean MYL was engaging and working with the junta responsible for the Myanmar coup.

PWYP urged MYL to immediately suspend its Bawdwin operations and sever any relationships it had with the junta.

Though MYL has confirmed the sale of its Bawdwin assets, PWYP has now come forward with a different issue: the recipient of MYL’s Bawdwin interest, Win Myint Mo.

According to the February PWYP publication, WMM was born out of Asia World Co (AWC), a major conglomerate founded by former drug kingpin and business tycoon Lo Hsing Han who was once dubbed the “godfather of heroin” by the US government.

Mr Hsing Han was a supporter of the former military junta in Myanmar, then known as Burma.

AWC is now run by Mr Hsing Han’s son, Steven Law, who has been previously sanctioned by the US government and accused of laundering money for the Myanmar military.

Given WMM’s controversial ties to WMM, PWYP has called on Myanmar Metals to take on appropriate human rights due diligence for its Bawdwin sale for the benefit of the Myanmar people.

Myanmar civil society spokesperson Ko Ye said Myanmar Metals should attempt to engage with local communities in the areas around the mine and with the National Unity Government of the country.

Meanwhile, PWYP Australian Director Clancy Moore urged shareholders to hold off on voting for the Bawdwin sale until MYL took on appropriate due diligence.

“We would encourage shareholders to postpone voting on the sale until Myanmar Metals does proper human rights due diligence and consults with communities and civil society,” Mr Moore told The Market Herald.

He said the Bawdwin sale could lead to millions of dollars in revenue “lining the pockets of Myanmar’s murderous generals” once the mine is operational.

Environmental, Social and Governance (ESG) principles have always been a strong talking point for Myanmar Metals, with the company often touting Bawdwin as a way to bring “long-term economic and social benefits” to Myanmar locals.

However, the company has made little mention of the societal impact of the Bawdwin sale since the decision to exit Myanmar. Mr Lamb told shareholders this week the company planned to keep its strong ESG focus in future endeavours.

The Market Herald reached out to Myanmar Metals for comment on the PWP coalition complaint but, as of the time of publishing, has received no response.

Shares in Myanmar Metals last traded at 7 cents each on February 1.