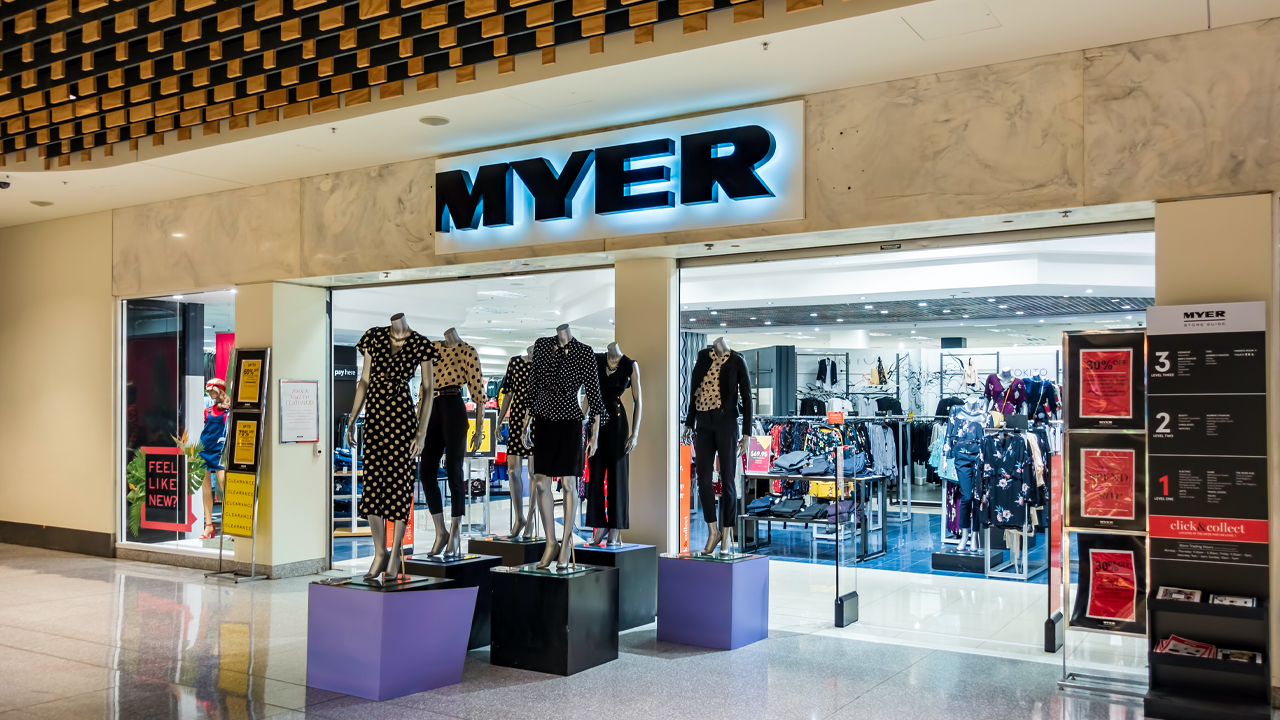 Impeded by reduced foot traffic at its CBD outlets and intermittent lockdown induced store closures, Myer’s total sales fell 13.1 per cent over to $1.4 million for the period ended January 23.

Group online sales proved to be a crucial performer however, with the ASX-lister affirming the accelerated focus on its online offerings managed to partially offset the impact of store closures.

Online sales totalled $287.6 million for the period, representing a 71 per cent upswing over 1H21. In its commentary of the statistic, Myer affirmed the increase positions it one of Australia’s largest and fastest-growing online retailers.

Myer’s Cost of Doing Business (CODB) was granted relief of some 20.9 per cent down to $86 million, attributable in part to JobKeeper wage subsidies and rent waivers.

Overall, Myer returned an 8.4 per cent increase in net profit after tax, totalling $42.9 million, with operating gross profits down 14.3 per cent to $539.8 million.

The company owed the fall in gross profits to changing sales mix from reduced levels of new apparel merchandise in early 1H21 and the need to rapidly clear stock from the metropolitan Melbourne stores after the lockdown.

Earnings before interest, taxes, depreciation, and amortisation (EBITDA) declined by 1.7 per cent to $214.6 million.

The company revealed lower margins in apparel sales and slower growth in these areas, while beauty and homewares sales rocketed 129 per cent and 116 per cent year on year, respectively.

Myer’s Chief Executive Officer John King said the online growth had been a highlight of the period, but offered shareholders no hint of a dividend in today’s report.