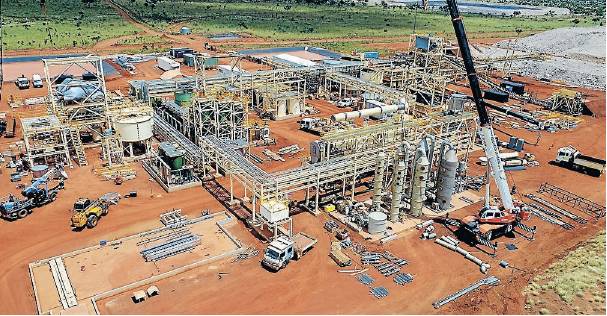 Northern Minerals Limited has announced follow- drilling has been successful at the Dazzler and Iceman deposits located at its Browns Range.

Located 160km of Halls Creek in northern WA, the Browns Range Project is currently positioned to become the first significant dysprosium producer outside of China.

Dysprosium is a soft, silver rare earth element used in permanent magnets due to its paramagnetic strength and high-temperature durability.

A reverse circulation drill was completed with 17 holes for 1143m at Dazzler and 5 holes for 300m at Iceman. Drilling at Dazzler was primarily for exploration at the Southeast of the deposit towards Iceman.

Abnormal portable XRF (pXRF) measurements of yttrium have been recorded from several of these drill holes.

Yttrium is a silvery metallic transition metal and is often classified as a rare earth element. It is always found in combination with lanthanide elements and is never found in nature as a free metal.

It is often used as an additive in alloys, and in the making of microwave filters for radar. Yttrium oxide is added to the glass to make camera lenses heat and shock resistant.

Diamond drilling has now commenced with one diamond drill hole planned at Iceman and three at Dazzler, with one being for metallurgical test work.

Dazzler is located less than 15km from the Browns Range Pilot Plant. The maiden inferred mineral resource has been an estimated 144,000 tonnes at 2.23 percent TREO comprising 3,200,000 kg TREO.

Managing Director George Bauk is excited to see what the future will hold.

“These pXRF results continue to highlight the wide, high-grade nature of the Dazzler mineralisation. As a high-grade deposit, we are highly motivated to increase the size of Mineral Resources in this area as a source of ore for many years to come,” he said.