Questions surrounding a late-stage trial of the Oxford-AstraZeneca COVID-19 vaccine are casting a shadow over the approval process.

Earlier this week, AstraZeneca and Oxford released their joint findings from a latest trial, but the resulting data has caused some confusion. In the findings the drugmaker claimed the prospective vaccine’s efficacy to be around 70 per cent and “up to 90 per cent”.

However, a day later U.S. regulators assessing the data revealed that half-doses of the vaccine were accidently included in one of the younger groups, due to an error in the trial’s protocols. They also revealed that “90 per cent” efficacy rate was recorded in the younger group that received some of the half doses.

This has led to calls for an additional trial to more accurately assess the vaccine’s efficacy and determine how half-doses of the vaccine resulted in a better outcome.

In a recent interview, AstraZeneca CEO Pascal Soriot did not concede that the dosing issue was a mistake but did say an additional trial may be required.

"Now that we've found what looks like a better efficacy, we have to validate this, so we need to do an additional study," Pascal said.

The follow-up trial is not expected to hold up the vaccine’s approval in the U.K. and Europe but could slow the process the U.S, where concerns about the trial’s data was first raised.

The Oxford-AstraZeneca vaccine is one of three candidates currently vying for approval before the end of the year, alongside vaccine’s by Moderna and Pfizer.

AstraZeneca and Oxford’s offering boasts a cheaper price-tag, as well as easier transport and storage options compared to the other two candidates. As a result, many lower- and middle-income countries are expected chose the AstraZeneca-Oxford vaccine for their widespread vaccination efforts.

A vaguely worded tweet from billionaire Elon Musk has caused the share price of a virtually unknown company to skyrocket.

U.S. President-elect Joe Biden is expected to unveil an economic stimulus package worth more than US$1.5 trillion (A$1.93 trillion) in an effort to... 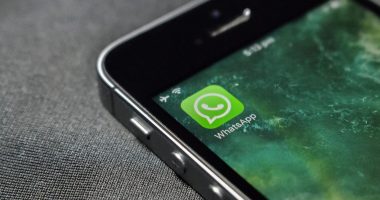 Japan’s Government has expanded the limited State of Emergency it implemented last week, to cover an additional seven regions.