Parkway Minerals (ASX:PWN) and the business of mining wastewater

As freshwater becomes increasingly scarce, Parkway Minerals (PWN) is positioning itself as a leading technology provider, enabling wastewater to be recycled and water supplies to be preserved.

Too many people, too much use

It's currently estimated more than two billion people across the globe experience high levels of water stress, according to the United Nations.

Growing populations and climate change are both fuelling the issues, creating complex relationships between economic development and increasing water demand.

In a bid to address these issues, governments and industry are busy building desalination plants as an alternative source of freshwater, with around 16,000 plants currently operational.

However, the issue isn't just population growth and society's need for freshwater, it's also how people and industry are using more water than ever before.

Beyond domestic uses of water, the agriculture, energy and mining industries also use large amounts of water in their operations.

The U.N. said the need for clean water consistently outweighs the amount currently available, with water use growing at twice the rate of population growth.

A recent report by Fitch Ratings found water demand for the production of many “energy metals” is likely to increase by up to 500 per cent in the coming years.

It also revealed water scarcity is seen by investors as the biggest emerging risk to the metals and mining sector over the next decade.

In a bid to address these issues, Parkway has created several solutions, primarily focusing on processing complex brines produced by the energy, mining and wastewater industries.

The company estimates in excess of 250 million cubic metres of concentrated brine is produced daily, half of which comes from the thousands of desalination plants across the globe.

That's because for every litre of freshwater produced by desalination plants, an average of 1.5 litres of brine is also created.

Enter Parkway, which has assembled a world-class technology portfolio, which aims to recover pure water and a range of salts from the brine, effectively making the waste a valuable commodity.

The company's activated Mineral Extraction System (aMES) works as a treatment of concentrated brine solutions, recovering a range of valuable compounds and reagents, as well as freshwater.

The company's iBC technology complements its aMES product, as it works as a pre-treatment of sorts, creating a more purified brine to be treated.

Together, iBC and aMES form Parkway's brine processing as a solution (BPaaS) product, which not only saves water but makes it profitable to process wastewater.

Following the acquisition of the iBC™ technology in May this year, Parkway has been focused on commercialising its BPaaS product.

In a huge sign of confidence, the company recently signed a three-year global strategic cooperation agreement with the Worley Group, a leading global engineering company.

Under the agreement, Worley will provide Parkway with engineering, procurement and construction support, to help commercialise its aMES technology.

The application of the technology at the Karinga Lakes Potash Project (KLPP), a chain of dry salt lakes in the Northern Territory, (where Parkway has an existing 15 per cent interest in and increasing to 40 per cent), is being evaluated through a pre-feasibility study (PFS).

The highly anticipated KLPP-PFS is being delivered jointly by Parkway and Worley, and recently passed the halfway mark. It's hoped the study will fully highlight the disruptive potential of the technology.

Commenting on the recent accomplishments, Parkway Managing Director, Bahay Ozcakmak said, "We are all aware of the enormous sustainability-related challenges facing society."

"The competing demands for water represent some of the most significant elements of these challenges. In particular, large industrial users of water, like the mining industry, are finding it harder and harder to justify relatively inefficient use of water," he said.

"At Parkway, we are turning this problem on its head, by using technology, to mine the water. As a result, not only do we produce additional mineral products from existing wastewater streams, but we also recover freshwater, improving the sustainability of the entire operation," he added.

"The PFS process that is currently underway, is providing us with great confidence, that our technology portfolio has the potential to really transform the sustainability of many water-intensive industries like the mining industry," Bahay stated.

Currently, shares in Parkway are trading for 0.7 cents per share.

" Spirit Telecom (ASX:ST1): Disrupting the market with its modern IT and Telco offering 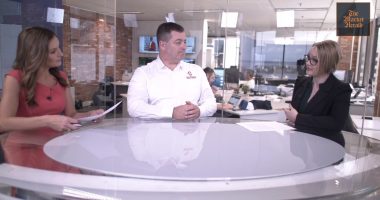 The switch to remote working in light of COVID-19 has put an emphasis on the need for cloud applications, high-speed and reliable internet, and IT 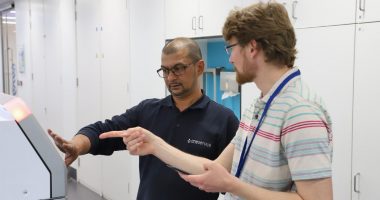 Across the world, there are a handful of medical research labs that outclass all others in their field. 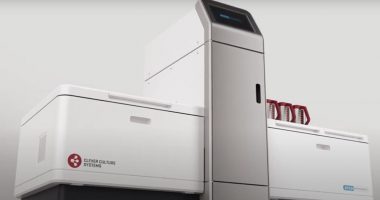 " LBT Innovations (ASX:LBT): Getting the best tech into the best places

When it comes to innovation in medical technology, it’s often the case that the optimisation of existing practises is just as important as