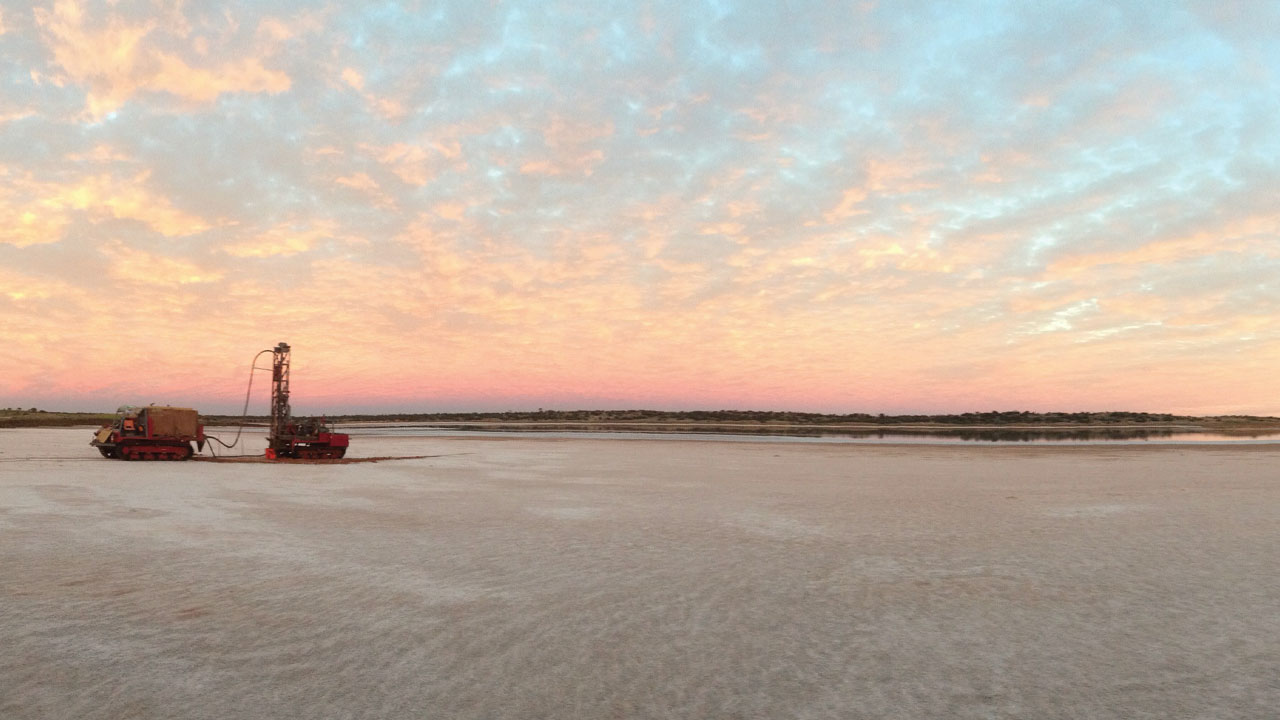 Parkway Minerals (PWN) has had a busy quarter, largely built on the development and future potential of its novel aMES technology for brine extraction.

The activated Mineral Extraction System, or aMES, is projected to be a game-changer in brine extraction processes.

The new process treats concentrated brine solutions to recover a range of valuable minerals, reagents and fresh water using patented membrane technology. The process could set a new quality benchmark in mineral extraction from brine concentrates, as well as being a more economical and sustainable means of doing so.

Parkway acquired the rights to aMES when it bought out the unlisted Australian public company Consolidated Potash Corporation (CPC) in October 2019. Alongside the aMES tech, PWN also acquired a minority interest in the Karinga Lakes Potash Project (KLPP) in the Northern Territory, as well as a majority interest in the New Mexico Lithium Project (NMLP), in the U.S.

Parkway is setting up a start-to-finish pathway to refine the technology and engage industry partners for its eventual rollout. The company has made some great strides since acquiring the rights for aMES six months ago.

The company established the “Parkway Minerals – Engineering & Technical Office” at Victoria University’s Werribee Campus. Two new engineering roles have been created to assist in the interface between Parkway’s research and development team and prospective partners – including major engineering, procurement, construction and equipment partners, as well as prospective clients.

In terms of actual product development, Parkway’s strategy incorporates several elements. The company aims to develop a pilot plant facility to demonstrate the efficacy of the process. Digital modelling will simulate the process to help further refine its design. Economic modelling is also being deployed to demonstrate the bottom line potential for aMES across a range of sectors.

This mix of technical and economic pathways are designed to enhance the marketability and application of aMES in multiple settings, and to assist Parkway in repurposing the technology as opportunities arise.

Parkway’s focus has been squarely on aMES recently, so its mining interests are currently undergoing a process of reassessment and rationalisation.

The Karinga Lakes Potash Project (KLPP) is a joint venture with Verdant Minerals. Efforts there are focused on consolidating exploration licences from seven to three to save on holding costs. The potential for aMES to be deployed at the project will form the basis of the pre-feasibility study at the site.

The New Mexico Lithium Project (NMLP) shows potential for subsurface lithium and potash brines. Parkway is currently evaluating opportunities to drill-test the project, including farm-out agreements. Again, the eventual deployment of aMES will be key in fully understanding and exploiting the project’s potential.

Accordingly, Parkway has chosen to divest its interest in the project.

A new non-executive director was appointed in March to concentrate on the commercialisation of the aMES tech. Mr Richard Beresford has over 30 years experience in strategic planning, business development, mergers and acquisitions, operations and general management and corporate governance. The company hopes his addition to the Parkway team will be a boom for the development and rollout of aMES in the near future.

The company has also put in place cost and risk mitigation strategies to counteract any effects of COVID-19. Apart from obvious work-from-home measures, the company has instituted a few other initiatives to ride out the pandemic.

Office rent has been reduced by 80 per cent compared to 2019, and the board and CFO have had pay arrangements adjusted under the company’s salary sacrifice share plan. 30 per cent of their of remuneration will come via issuance of Parkway shares based on the VWAP during the relevant period. The scheme began on April 1 and is expected to last for three months.

At the end of the March 2020 quarter, the company had $2.19 million in cash reserves and approximately $1.5 million in marketable securities, guaranteeing Parkway’s viability for the foreseeable future.