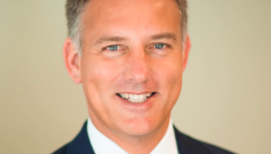 Patrys (PAB) has wrapped up a preclinical study highlighting the potential of its deoxymab antibodies as targeting agents in antibody drug conjugates (ADCs).

According to Patrys, a therapeutic antibody developer, ADCs harness the targeting attributes of antibodies to deliver payloads, or small molecule therapeutics, specifically to the sites of a disease.

Unlike antibodies used in other ADCs, PAB’s deoxymabs do not target a specific cancer antigen but bind to DNA released from tumours as cancer cells die.

This, Patrys said, could help overcome certain limitations of ADCs that only bind to specific antigens on cancer cells, which can be inhibited due to the variability and changeability of antigens from cancer to cancer.

In a statement today the company said it had been able to conjugate an anticancer drug called monomethyl auristatin E (MMAE) to its full-sized deoxymab, PAT-DX3.

MMAE is a highly potent anti-cancer compound which, due to its extreme toxicity, can be used only when conjugated to an antibody for targeted delivery.

The study saw the drug, conjugated to PAT-DX3, administered to mice implanted with xenografts of a human breast cancer cell line. It was found to inhibit tumour growth by 95 per cent at day 31 and by 99.7 per cent on day 21 after the last four doses were administered.

Patrys said it showed deoxymabs could be used to target delivery to tumours in animals and that this approach could form the basis of new ADCs that might be useful for a broader range of cancer applications, with further studies required.

Patrys CEO and Managing Director James Campbell said the study clearly demonstrated proof-of-concept and would likely open up a range of development and partnering opportunities for PAB.

“This work has shown that deoxymabs can be used to target cancers and, by using a potent and validated ADC payload, deliver a drug,” Dr Campbell said.

“As with the therapeutic applications we are working on, the ability of our deoxymab antibodies to target multiple types of cancer, enter the cell and cell nucleus, and transit the blood brain barrier provides some really novel ways for using them as targeting agents for ADCs.”

To date, 10 ADCs have been approved by the US Food and Drug Administration, with more than 80 being evaluated in around 150 active clinical trials.