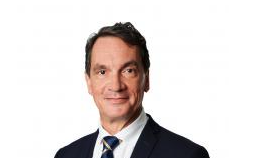 Clinical-stage drug developer Pharmaxis (PXS) has reported encouraging results from studies of its anti-cancer drug PXS-5505 in a pre-clinical model of liver cancer.

Cholangiocarcinoma (CCA) is reportedly the second most frequently diagnosed primary liver malignancy and it has nearly doubled in incidence over the past decade.

A prominent feature of CCA is the presence of highly fibrotic tissue that increases tumour stiffness and decreases drug perfusion.

Led by Roberto Hernandez-Alejandro, a research team at the University of Rochester Medical Centre in New York State has been investigating the role of particular enzymes in this cancer and whether PXS’s drug can improve the efficacy of current chemotherapy drugs by inhibiting these enzymes.

Notably, results from the pre-clinical efforts were announced publicly for the first time today at the Americas Hepato-Pancreato-Biliary Association conference held in Miami.

Researcher Paul Burchard explained the team had examined tumour tissue specimens collected from patients over a 10-year period and found the enzymes in question to be significantly elevated in human CCA, correlating with poor prognosis.

Secondly, the researchers studied the effect of PXS’s candidate both with and without chemotherapy in a pre-clinical model of CCA.

Importantly, the study found that a combination of the treatments significantly improved survival, delayed tumour growth and reduced intra-tumoral pressure.

Pharmaxis CEO Gary Phillips said the drug, in combination with standard chemotherapy, represented an innovative therapeutic strategy with the potential for clinical treatment of liver disease.

“Pharmaxis is working with a number of independent research groups globally on different tumour types with our anti-fibrotic cancer drug PXS-5505,” he said. “I’m very encouraged by the results presented today by Dr Burchard that show a potential disease-modifying role for our drug in liver cancer.

“Exploring the potential of PXS-5505 to address liver cancers such as cholangiocarcinoma or other cancers where fibrosis is limiting the clinical benefit of current chemotherapy is something we will continue to assess with our scientific and clinical collaborators.”

Meanwhile, PXS’s drug candidate continues to progress well as a monotherapy in a phase 1c and 2a clinical trial in bone cancer myelofibrosis.

Following the announcement, shares have been trading up 5.26 per cent at 10 cents apiece at 2 pm AEST.