Pilbara Minerals (PLS) has delivered an update regarding production at its Pilgangoora project in Western Australia.

The Pilgangoora Operation is estimated to produce between 123,000 and 127,000 dry metric tonnes (dmt) of spodumene concentrate for the June quarter which is a significant increase from the 81,431 dmt produced in the March quarter.

In addition to this news, the ASX 200 company has reached a final investment decision (FID) for the Pilgangoora project.

As such, Pilbara Minerals will invest in the Pilgan plant which is expected to deliver a 100,000 tonnes per annum increase in average annual life of mine (LOM) spodumene concentrate production.

The production increase is expected to require a total investment of $297.5 million which includes $50 million of pre-investment capital towards future expansions of up to one million tonnes of spodumene concentrate per annum.

The funds will go towards constructing a primary rejection heavy media separation circuit and an integrated crushing and ore sorting facility (together, the P680 Project).

This move aligns with the lithium producer’s strategy to gradually increase production at Pilgangoora in line with demand from customers and the lithium market.

“It reinforces the exceptional scale and quality of our Pilgangoora project, which is one of the few hard rock lithium production operations globally that has both the resource size and existing operating platform to enable a rapid scale-up of production to meet our customers’ long-term requirements,” Mr Henderson said.

“Following the board’s FID, we are now able to commence construction of the P680 project in the coming months and expect commissioning of the primary rejection facility during the second half of next year with the crushing and ore sorting facility to follow shortly thereafter.” 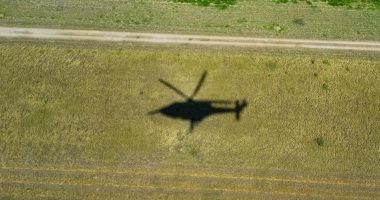 Omnia Metals (ASX:OM1) has completed a gravity survey at the Junction Prospect within the Ord Basin… Orange Minerals (ASX:OMX) has made a $600,000 strategic investment in Godolphin Resources (ASX:GRL), acquiring a 6.9 per… Indiana Resources (ASX:IDA) has submitted 1,035 samples from its Central Gawler project in South Australia for…