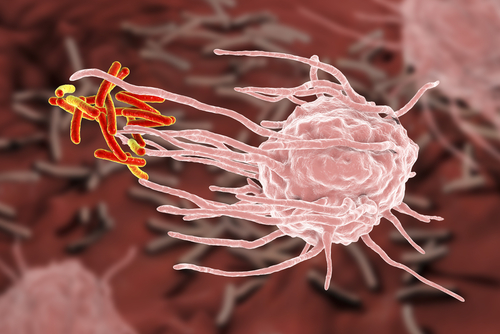 PuriflOH Limited has provided the first stage report of tuberculosis trials completed at the Government Chest Hospital in Hyderabad.

Dr Anil has reported on the protocols and outcomes from the testing of PuriflOH’s Free Radical Generator (FRG) air purification system for the elimination of tuberculosis.

Tuberculosis is an infectious disease which damages , and other parts of the body, and can cause serious illness and even death. It is caused by the bacterium tuberculosis (MTB).

Currently, the only way to eliminate TB is through the use of special antibiotics which must be taken for at least six months. In some extreme patients are required to stay in until it has all been eliminated.

The generator has the ability to generate a range of ‘free radicals,’ uncharged molecules, which are able to eliminate a wide range of contaminants such as hydrocarbons, bacteria, toxins, moulds and viruses.

The output can be engineered to produce ranges and combinations of the radicals to cater to the specific requirement. The most powerful is the OH radical which is extremely effective in purifying water and disinfecting surfaces and environments.

The environment for the first trial was in a dedicated ward for respiratory diseases that was large and open to air. However, the environment was complex and it proved difficult to determine initial TB levels.

Results from the first phase of testing reinforced the confidence the FRG will be effective in reducing airborne bacteria levels with the second stage of testing already commencing.

Some issues identified during the testing included: the patients weren’t releasing significant levels of MTB into the environment, the ward had a great deal of air flow due to a high rate of ventilation and the ward was too large for the planned treatment.

While changes to the trial were undertaken the environment was ultimately deemed unsuitable to accurately provide the desired outcomes.

The trials have moved to the Bhaskar Medical College and Hospital and discussions have been held to ensure the conditions are suitable for a successful trial.