PYC says drug delivery in the retina is a major challenge in treating blinding eye diseases and the results show its technology could overcome this problem.
ASX:PYC      MCAP $229.0M 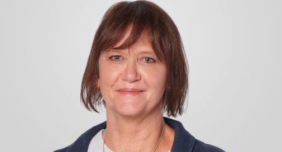 PYC Therapeutics (PYC) has completed the first assessment of its drug delivery technology in an eye that resembles that of a human.

The first results from the company’s non-Good Laboratory Practice study has shown the medicine technology can reach the deepest layers of the retina in a rabbit eye which is said to be similar in structure and size to that of a human.

Specifically, the therapy reportedly reached all layers of the retina following intravitreal administration. It also reached the nucleus of the target cell in the company’s co-lead program for retinitis pigmentosa type 11 which is the leading cause of childhood blindness.

The company claims its RNA therapeutic, a phosphorodiamidate morpholino oligomer, alters the way a cell interprets a gene with potential to correct many genetic diseases. Encouragingly, this study showed the therapy was successful in engaging the target pre-messenger RNA, resulting in the desired change in the target messenger RNA.

In a statement to the market, PYC explained that effective drug delivery to the retina was one of the most significant, unresolved challenges in opthalmology and overcoming this problem would improve patient outcomes across a number of blinding eye diseases.

If the company receives successful outcomes from its ongoing safety and tolerability studies, it will hold comprehensive non-clinical validation of its drug delivery technology in the eye.