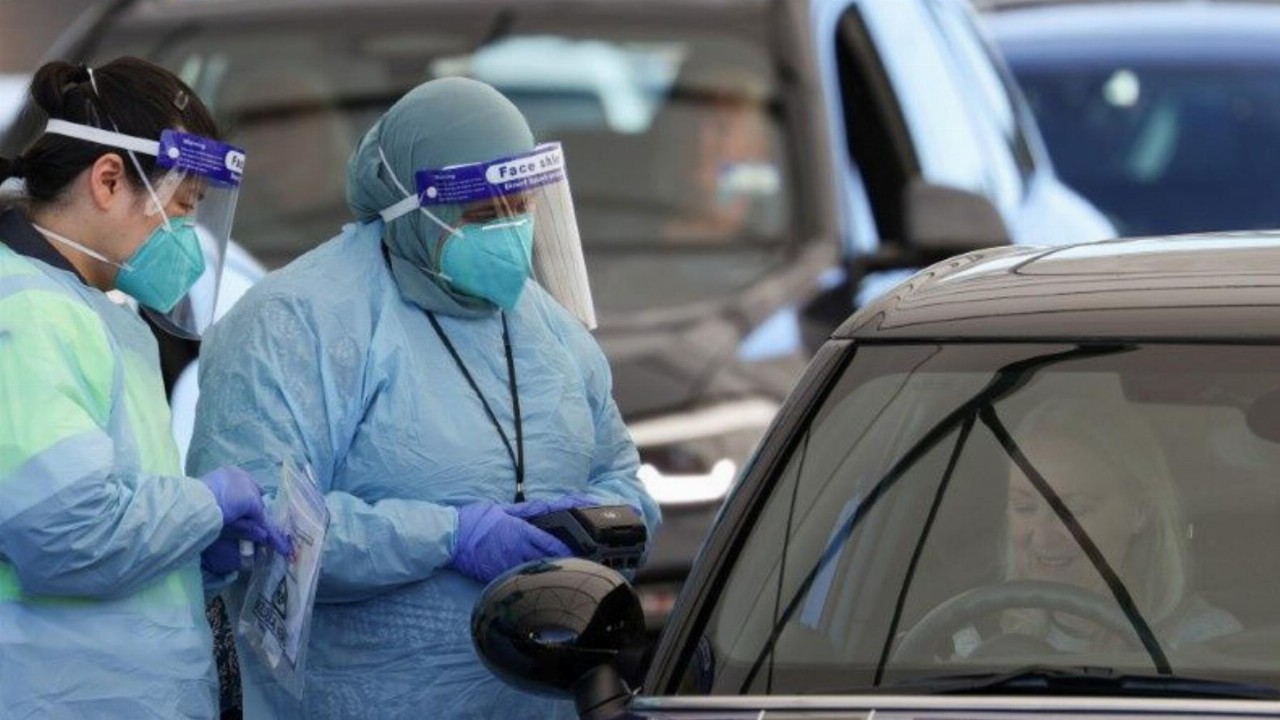 Parts of Queensland have been placed in lockdown, along with three other Australian cities, as the Delta COVID-19 variant spreads across the country.

Residents in Townsville, and the entire South East of Queensland will soon join Perth, Sydney and Darwin residents in being ordered to stay at home.

Queensland Premier Annastasia Palazczuk announced a three-day lockdown for the two cities, as well as Palm Island and Magnetic Island, on Tuesday morning.

Ms Palaszczuk said the lockdown was due to two new locally acquired cases of the virus being recorded in the community in the last 24 hours.

The Premier said these cases were likely linked to overseas outbreaks or quarantine breaches and urged the Prime Minister to reduce the number of overseas arrivals into Australia.

“Hotel quarantine is just not the answer,” Ms Palaszczuk said.

“We have seen what is happening in Sydney, in WA, in the NT and I am just urging the Prime Minister, reduce the cap.”

Prior to Queensland announcing its lockdown, the WA Premier announced on Monday night that the Perth and Peel regions would be entering a four-day lockdown.

Both cases were casual contacts of the original Delta infection — a woman from Perth’s northern suburbs who tested positive after visiting Sydney.

Mr McGowan said the fleeting contact between the cases was concerning, and as a result, a lockdown was necessary.

“What is even more concerning is, this most recent infection appears to have involved only fleeting contact with the original case,” Mr McGowan said.

“Based on advice from the Chief Health Officer, and effective from midnight [on Monday], Perth and Peel will enter a full lockdown.”

In Sydney, residents across the city and surrounding areas remain in lockdown, with 19 new cases of the virus recorded in the community on Tuesday.

Premier Gladys Berejiklian said 17 of the 19 new cases were linked, while the other two are still under investigation.

The Premier also urged Sydneysiders to get vaccinated, following the Federal Government’s decision to allow all ages to access to the AstraZeneca jab.

“Can I please stress, if you’ve already had your first jab, please come forward and get your second jab,” Ms Berejiklian said.

“I do also want to stress that until the vast majority of our population is vaccinated, we will have to live differently, given the strain of the virus.”

The region was plunged into lockdown at the weekend after a worker at a Newmont-owned gold mine tested positive for COVID-19 on Friday night.

The cluster linked to the mine has now grown to seven cases, with five of the cases in the NT and the other two in Queensland and NSW.

Commenting on the lockdown, Mr Gunner said the rapid spread of the virus was concerning authorities.

“The risk to the community has grown in the past 24 hours,” Mr Gunner said on Monday.

“We are now in an extremely critical period.”