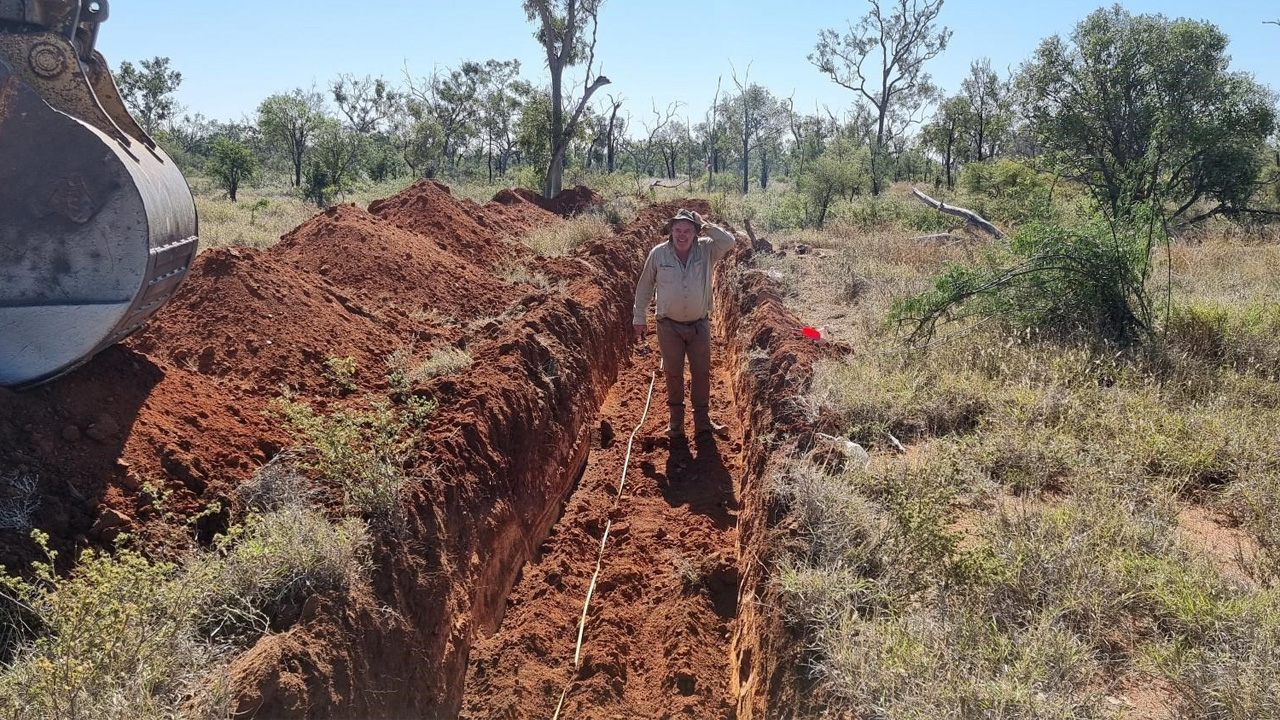 QX Resources (QXR) has wrapped up a trenching program at the Disney tenement, incorporating the Big Red and Red Dog prospects, in Central Queensland.

The work followed previous infill soil and rock chip sampling comprising over 250 samples from the Big Red area that showed a gold anomaly over a 675-metre mineralised trend, southwest across the Red Dog anomaly.

The company completed seven trenches averaging 53 metres in length and up to two metres in depth at the prospects and identified silicified veins in all trenches.

The company said the trenches had since been filled and fully rehabilitated in line with landholder agreements.

More than 400 samples have been submitted to ALS Geochemistry in Townsville for assaying, with QX set to update shareholders once results are received in around six weeks’ time.

Advancing exploration at the Disney tenement is part of the company’s plan to ramp up exploration activity across its leases that are considered highly prospective for gold mineralisation and also house the historical Lucky Break and Belyando gold mines.

“Following the successful sampling program at Big Red that defined an extensively mineralised gold anomaly, the trenching program we have just concluded at Big Red and Red Dog focused on looking for the source of this gold anomaly,” he said.

“We were very encouraged to find silicified veins centered in all the trenches, with these veins ranging from 0.5 metres to four metres in width [and] we look forward to reporting assays as soon as they become available.

“As well, work has continued in and around the Lucky Break mine which has further upside, and our focus is to expand exploration activities to also include initial work in and around the much larger Belyando mine.”

QXR is aiming to build a portfolio of ELs, with further opportunities under consideration.

QXR by the numbers