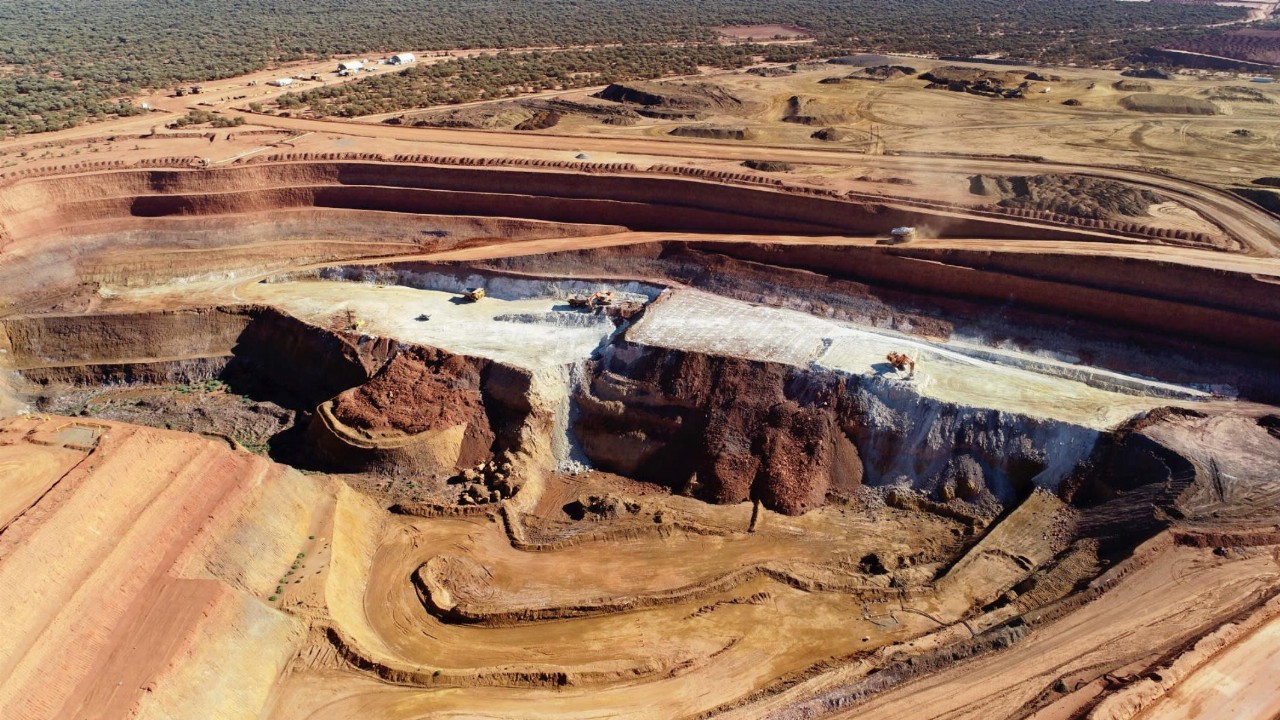 The United States is set to reduce its reliance on China for rare earth minerals with a new Minerals Bill set to be introduced in early September.

Texas congressmen Lance Gooden and Vicente Gonzalez have proposed fresh legislation to further encourage local rare earth production and the sourcing of the critical metals from places other than China.

Congressman Gooden said a reliable supply of these sorts of materials is essential to both the economy and the security of America.

"We shouldn't have to rely on the Chinese Communist Party for our critical military and communications technology," the Congressman said.

"Our future technological capacity will depend on our ability to cultivate an economic environment that is favourable to robust domestic production of these resources," he said.

The importance of rare earth minerals

Despite what the name suggests, these minerals are not particularly rare. Rather, the process of extracting them is fairly complex and they are tough to find in economic quantities.

However, though hard to gather, these minerals are becoming increasingly important to our world as tech continues to evolve and countries seek more clean energy solutions.

These minerals have a wide range of uses. Computer, smartphones, digital cameras, and LED lights all function with the help of REEs. Moreover, REE compounds are used to make wind turbines and the batteries that power electric vehicles.

These minerals have crucial uses in defence weapon manufacturing. Military tech like precision-guided weapons, navigation and guidance systems, and night-vision goggles are all made using REEs. The minerals are used to manufacture jet engine turbines, drones, and even space shuttle components.

As such, with rising geopolitical tensions, it's no surprise why these metals are valued so highly by the States — and why the country no longer wants to rely on China for their supply.

Where do REEs come from?

Australia, while only sixth globally for REE reserves, was the second-biggest producer of these metals in 2018, producing 21,000 tonnes. In 2019, Australia was fourth for rare earth production, with the United States claiming second place and producing 26,000 tonnes.

However, China is also the biggest consumer of REEs — meaning despite its increased production efforts, the United States will need to turn to external sources to ensure it can keep up with China in terms of rare earth use.

Given the souring relationship between the States and China over COVID-19 accusations, South China Sea battles, and an 18-month trade war, it's likely America will want to turn to an allied country with similar interests and a similarly-souring relationship with China for REE deals.

This positions Australia nicely to cash in off its rare earth production. The Federal Government introduced its own "Critical Minerals Strategy" in March 2019 to bolster our exploration, extraction, and production of these critical minerals.

So, which ASX-listed stocks could leverage the U.S. RARE Act to their advantage should the legislation be passed?

Rare earths on the ASX

Australia's biggest rare earths miner is Lynas Corp (LYC). More than this, it's the world's most significant rare earth producer outside of China.

The company touts its flagship Mt Weld project in Western Australia as one of the highest-grade rare earth mines in the world. Over the 2020 financial year, Lynas produced around 14,500 tonnes of rare earth oxides (REO).

The company processes its mined REO at its own concentration plant near Laverton, then sends the minerals off to its Lynas Advanced Materials Plant (LAMP) in Malaysia where it refines the product further.

In March 2019, listed retail conglomerate Wesfarmers (WES) lobbed a $1.5 billion bid to take over Lynas, but Lynas turned down the deal and takeover talks ceased in August that same year.

The company was unable to escape COVID-19-induced lockdowns, however, and Lynas had to shut down production from March to May this year and has still only restarted operations at 70 per cent production rates.

Lynas has a $2.25 billion market cap with shares currently trading around $2.50 a pop.

ASM was formerly a subsidiary of Alkane Resources (ALK), but the companies separated in July and ASM listed as its own independent entity.

The demerger set ASM up as an Australian-owned critical materials company with $20 million in the bank and no debt. The company's Dubbo rare earths project is ready for construction, and all the company is waiting for to unlock the potential of this project is financing.

And on this note, back in March, Export Finance Australia (EFA) expressed interest in helping finance the Dubbo rare earths project as part of the government's critical minerals strategy.

Once constructed, ASM believes the Dubbo project will be a significant rare earth resource able to produce one million tonnes per year over a whopping 75-year mine life.

Looking towards small-cap businesses, RareX (REE) is working hard to develop a number of rare earths deposits across Australia.

The furthest-along of these, the Cummins Range Rare Earths Project, sits in the East Kimberly region of Western Australia. Importantly, this is one of only two known rare earths deposits bearing carbonatites in Australia.

The project has an inferred resource of 13 million tonnes at 1.13 per cent total rare earth oxides (TREO) and remains open at depth and along strike.

With a $26.36 million market cap and shares worth around seven cents each, RareX is hoping to support the production and development of REEs outside of China.

Similarly, Northern Minerals (NTU) is a small-cap with a big vision. The company plans to become one of the world's biggest suppliers of rare earths and hold the biggest heavy REE inventory on the planet within 10 years.

Also located in Western Australia, the company's flagship Browns Range project is positioned to become the first major dysprosium producer outside of China.

The company is taking on a three-stage development plan for Browns Range which will allow Northern Minerals to test the process and market the mixed rare earth carbonate product before building the project to scale.

Northern Minerals has a $133 million market cap with shares worth around three cents each.

Of course, these are just a handful of the ASX-listed companies looking to cash in off of rare earths. As demand for these minerals rises and countries look to break China's dominance in the industry, Australian miners are in prime positions for unprecedented growth.

With many projects across the country in different stages of development, investors are spoiled for choice for which rare earth miner they want to back to suit their strategy and diversity their portfolio. " What is warehouse lending, and how does it fuel fintech disruptors?

Despite ongoing economic uncertainty, fintech disruptors are on the rise. " The great Australian credit crisis of 2025

A credit explosion down under is setting the country up for a heavy correction in the years to come.