RBA keeps rates steady at 1.5 per cent, despite predictions of a rate cut 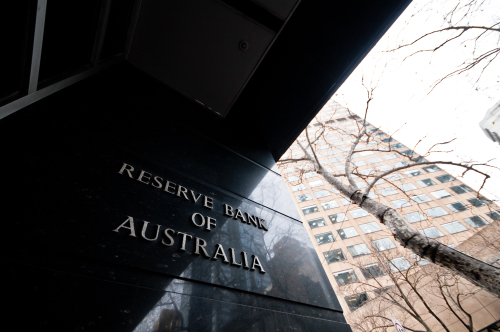 The ASX 200 bounced 53 points or 0.9 per cent to 6337 after US stocks closed well off their lows as traders adopted a wait-and-see approach to White House threats to hike tariffs on Chinese imports. The local market tumbled 52 points yesterday after President Donald Trump declared he would increase tariffs on Friday.

The mood here today was very different, with 14 out of 26 economists surveyed by Bloomberg predicting the Reserve Bank will cut the cash rate from 1.5 per cent when it releases its decision at 2.30pm AEST. Investors welcome rate cuts because low returns from bank accounts make the share market a more attractive place to park funds, and lower rates make borrowing cheaper for listed companies.

Today’s rebound lifted all sectors, with resource stocks leading the way after a court ordered Brazilian miner Vale to suspend operations at its troubled Brucutu mine over concerns about a tailings dam. Local iron ore miners rallied in anticipation that tighter supply will mean a stronger ore price. BHP, which closed yesterday at a seven-week low, gained 1.6 per cent. Rio Tinto put on 2.6 per cent. Fortescue Metals was the best performer on the index, rising 6.9 per cent.

Graincorp was the worst performer on the index, sliding 7.1 per cent after suitor Long-Term Asset Partners abandoned a $2.4 billion offer for the company. Yesterday’s biggest loser, construction company Cimic, dropped another 1.5 per cent.

The prospect of a rate cut helped lift the banks. CBA and NAB both advanced 0.4 per cent, while ANZ and Westpac added 0.9 per cent.

Weak retail sales kept the pressure on the RBA to cut rates. While headline sales edged up 0.3 per cent, volumes declined 0.1 per cent over the March quarter when seasonally adjusted, according to today’s ABS report. A separate report on trade came in stronger than expected, but likely not by enough to sway the RBA’s thinking.

Events here followed a turbulent night on Wall Street, where stocks opened deep in the red but pared losses as the session wore on. The S&P 500 finished just 0.45 per cent lower after earlier being down more than 1.5 per cent. The volatility continued this morning, with S&P 500 futures lately off 15 points or 0.5 per cent after White House officials said they will raise tariffs on Friday because Chinese negotiators walked back previous trade commitments.

Reports of an explosion at a Saudi oil shipping terminal boosted the price of crude overnight. Texas oil futures rallied 31 cents or 0.5 per cent to $US62.25 a barrel.

Looking ahead, this afternoon’s rate announcement will dictate how the local market finishes today. There’s not a lot on the economic calendar tonight in the US, which means all eyes on will remain on trade talks. China is due to release trade data tomorrow.