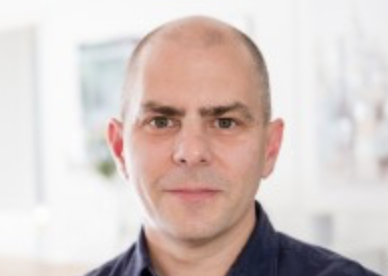 ResApp Health (RAP) has released its quarterly activities report for the three months to the end of September 2021.

Based in Brisbane, ResApp is a digital health company focused on developing smartphone applications for the diagnosis and management of respiratory disease.

Among its operational achievement for the quarter, RAP highlighted its collaboration with European Telehealth service provider Medgate AG.

Medgate completed a pilot of ResApp’s smartphone-based respiratory diagnostic test, ResAppDx, across its telemedicine services during the first half of calendar year 2021.

Following the pilot, Medgate signed a commercial non-exclusive licence deal to use the app on its Telehealth platform across Europe and the Philippines.

The healthcare stock also struck a licence deal with Indonesian telehealth provider, Alodokter, and a commercial deal with Australian telehealth service, Doctors on Demand, with each set to integrate ResAppDx into their respective platforms by the end of the year.

Medgate is a globally recognised leader in telehealth and we were pleased to convert from a pilot agreement to a full commercial licence,” Dr Keating said.

“This agreement with Medgate, as well as recent licensing agreements with Alodokter, Indonesia’s largest Telehealth provider, and Doctors on Demand, Australia’s largest private Telehealth business, will significantly increase the use of ResAppdDx, helping increase clinician confidence in our technology.”

Meanwhile, the company continued to recruit patients for its US-based COVID-19 clinical study.

RAP announced it would expand the program to India in August and began recruitment at three hospital sites in September.

Notably, the company said the combination of data from India and the US would be crucial to test the robustness of algorithms across population groups.

Following the September quarter’s end ResApp recruited its 100th COVID-19 patient in India ahead of schedule and expanded the study to include 200 positive cases.

“From a product development perspective, our team is focused on our COVID-19 clinical program, Dr Keating said.

“We have, for the last few months, been performing foundational work on algorithm candidates to prepare for the task of training and validating those candidates on COVID-19 clinical data.

“We now have sufficient data from India and the US to start the next stage in algorithm development.”

Recruitment is expected to wrap up at the end of November, with data analysis now underway for data collected in both the US and India.

ResApp reported total customer receipts for the September period of $7,000, down from $35,000 in the prior quarter.

The company’s net cash used for operating activities clocked in at just over $2.1 million for the period — an increase on the June quarter’s $1.7 million.

RAP had a cash balance of $4.4 million as at the end of September and an estimated two quarters left of available funding if spending levels remain the same.