Resolute Mining (RSG) has reported that gold production for the March 2020 quarter increased by 5470 ounces since the December 2019 quarter.

At the Syama Underground Mine, a record 519,898 tonnes of ore was mined which is an increase of 33 per cent over the December quarter. For the sole month of March, 186,807 tonnes was mined.

Additionally, the company has increased its underground stockpiled sulphide ore to 517,000 tonnes at an average grade of 2.5 grammes per tonne of gold.

Gold production from the sulphide circuit increased by 54 per cent from the previous quarter, with the sulphide mill and roaster returning to operations.

Unfortunately, overall sulphide circuit recovery was 75.1 per cent which is below the full year target of 85 per cent. Resolute plans to improve this performance over this year and hopes to average a recovery of 80 per cent for the June 2020 quarter.

High recoveries were achieved from material mined at the Tabakoroni North Pit. Total gold poured was 36,101 ounces which is a 10 per cent increase from the previous quarter.

Currently, stockpiles of over three million tonnes of oxide ore at an average grade of 1.3g/t gold are available for processing.

The Mako Gold Mine in eastern Senegal, West Africa, performed strongly during the March 2020 quarter, with 42,186 ounces of gold poured.

Unlike Syama, throughput, grade, and recoveries were in line with expectations and consistent with the previous quarter.

Stockpiles of over two million tonnes of ore at an average grade of 1.2g/t gold are now available for processing.

During the March quarter, Resolute announced and completed the $300 million sale of the Ravenswood Gold Mine.

Gold production attributed to the company for the quarter was 11,046 ounces, with 100 per cent of processed material coming from mineralised waste stockpiles.

The company has also provided an updated production guidance for 2020 since the sale of Ravenswood.

The guidance update removed future production from Ravenswood but maintained the guidance for Mako and Syama.

This cost guidance has been maintained to reflect production costs incurred at Ravenswood, as well as the uncertainty related to potential impacts of COVID-19.

“The challenges presented by COVID-19 continue to change on a daily basis. We are working closely with our employees, contractors and stakeholders, including our host governments, to safeguard our people and our operations,” Managing Director and CEO John Welborn said.

As announced on March 26, the ASX 200-lister has effectively mitigated major COVID-19 related impacts to its operations. It has done this by making sure it has enough stockpiled materials to last it throughout the rest of the year.

Resolute also has over 25 years’ experience operating in Africa and has faced previous global challenges such as the Ebola epidemic.

The company has ensured it is complying with government regulations such as cutting all non-essential travel, and implementing social distancing and strict hygiene measures.

However despite its best efforts, the company stated if further government regulations are put out and supply chain disruptions take place, it may experience further negative impacts. 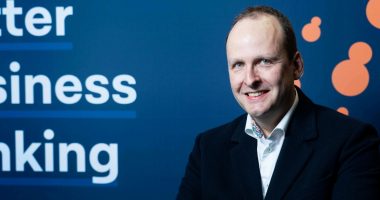