Economists are expecting the Reserve Bank of Australia (RBA) to flag an end to its bond-buying program as early as next week ahead of a November rates hike, according to a recent poll by Reuters.

It marks the third month in a row economists canvassed by Reuters have brought forward their expectations for when the RBA might begin to increase rates in Australia.

Reserve Bank Governor Philip Lowe maintained last month that a rates hike in 2022 was unlikely, but the latest Consumer Price Index (CPI) data has since shown a rise in annual inflation to 3.5 per cent for the full 2021 year. This is above the RBA’s medium-term target range of between 2 and 3 per cent.

Money markets have begun to price in a rise in the current cash rate of 0.1 per cent — a record low for Australia — as early as May, according to Reuters. This would be just two months later than the US Federal Reserves expected rates hike in March.

Nevertheless, most of the 34 respondents in a Reuters poll expected the RBA to take a bit more time to increase rates, though not before the end of the year. The median forecast for a 15-basis-point move in Australia’s cash rate was in November this year.

“Two economists expect a rate rise already in the second quarter, seven in the third quarter, 11 in the fourth quarter and 13 still see the central bank first pulling the trigger next year,” Reuters said.

As far as the Reserve Bank’s quantitative easing program goes, however, the polled economists were much less divided: 17 out of 22 who answered the question said they were expecting the central bank to announce an end to its bond-buying program at next Tuesday’s meeting.

Along with this, Morgan Stanley economist Chris Read said he expected the RBA to upgrade its forecasts and re-emphasise its focus on wages as a demand-side inflation signal at the February policy meeting.

“While they won’t explicitly guide to near-term rate hikes, they will acknowledge the possibility,” Mr Read said.

“Our forecast is for RBA liftoff in November 2022 — this (latest inflation) print raises the risk this could be a few months earlier.”

Should the RBA raise the interest rate in November, this would mark the first rates hike in over a decade. The last time the central bank increased the cash rate was back in November 2010, when it lifted the cash rate to 4.75 per cent.

A November hike would also mark an expected 25-basis-point increase in both the March and June quarters of 2023 — meaning before the end of next year, the cash rate may be back at its pre-pandemic level of 0.75 per cent.

The Reuters poll showed economists largely expected inflation to land between the RBA’s target range of between 2 and 3 per cent from next quarter and through to 2023. 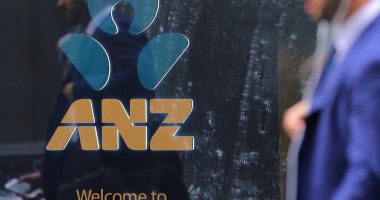