Rex Minerals (RXM) has partnered with engineering company Ausenco (AAX) to develop the Hillside copper-gold project on the Yorke Peninsula in South Australia.

The engineering, procurement and construction management (EPCM) services contract with Ausenco involves an initial work program of two to three months of detailed definition to cater for the impact of COVID-19 including the consequential impacts on supply chains, development and costs.

It would also factor in the design, plant layout and equipment selection requirements to accommodate the potential future expansion from a base six million tonnes per annum (Mtpa) operation to eight Mtpa by transitioning to coarse particle floatation.

During this phase, Rex will confirm availability of long lead-time items and individual orders may be placed if deemed appropriate.

Rex CEO Richard Laufman said Ausenco’s “undeniable track record” will have “an immediate and positive impact to (Rex’s) capabilities for the timely delivery” of the Hillside project.

“These are very exciting times for copper, for Rex and its stakeholders,” he said.

“Copper will play a defining role in reshaping our lifestyle on a global scale.”

The company said Hillside was one of the largest, undeveloped open-pit copper projects in Australia.

The company raised $50 million in the second half of 2021 and said it was currently looking at financing options for the proposed Hillside development. 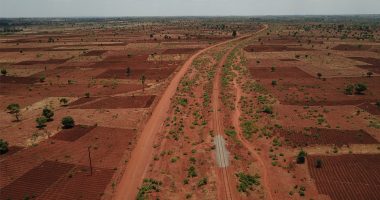