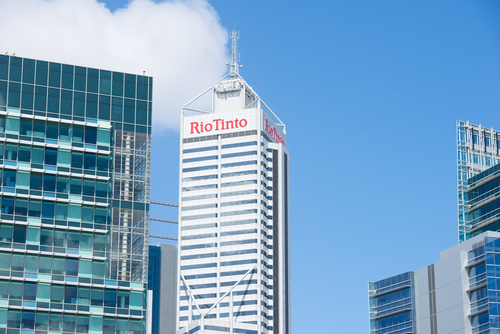 Aussie shares advanced for a third session as Cochlear launched a new hearing implant and investors focussed on the positives in a mixed production update from Rio Tinto.

The ASX 200 rallied 24 points or 0.4 per cent to 6275 in subdued trade as the upcoming Easter break and global uncertainties weighed on demand.

Hearing aid manufacturer Cochlear ranked among the index’s best performers with a surge of 6.6 per cent as investors applauded the launch of a new implant, the Nucleus Profit Plus Series. The device will go on sale in Germany and roll out across Europe and into other markets as regulators give their approval.

Rio Tinto flew to a fresh decade-high despite cutting its iron ore production guidance. Shares in the mining giant were lately up 0.5 per cent after earlier hitting a level last seen in the dark days of the 2008 financial crisis. Chief executive Jean-Sebastien Jacques blamed the guidance cut on the impact of Tropical Cyclone Veronica and a fire at a port in WA in January. Rival BHP slipped 0.4 per cent.

Energy stocks were the only significant drag during an otherwise positive morning, after crude sank on signs of tensions within an OPEC-led push to cut production to support oil prices.

Texas crude declined 49 cents or 0.8 per cent to $US63.40 a barrel overnight after a Russian official questioned whether his country should support OPEC production cuts that have fuelled a sharp rally in crude this year. Here, Beach Energy slipped 2.1 per cent, Origin 1 per cent and Woodside 0.8 per cent.

The dollar dropped more than a third of a cent against the greenback after the minutes from the recent Reserve Bank policy meeting showed support for a rate cut if inflation remains weak and unemployment picks up.

The minutes said “a decrease in the cash rate would likely be appropriate in these circumstances”. However, members noted there was “not a strong case” for a cut in the near term. On currency markets, the dollar dropped to 71.5 US cents.

Share markets around the globe have lost momentum over the last week as US stocks neared record levels and investors steeled themselves for what is expected to be a soft US quarterly reporting season. Overnight, the S&P 500 closed 0.1 per cent weaker as earnings from Goldman Sachs and Citigroup failed to excite. Goldman dropped 3.8 per cent and Citigroup closed near flat as both beat profit expectations but announced earnings well below the same period last year. US stock futures staged a modest recovery this morning. S&P 500 futures were recently up three points or 0.1 per cent.

The trading week may heat up over the next 24 hours, with Wall Street confronting a deluge of company earnings tonight from the likes of Netflix, Bank of America and Johnson & Johnson, as well as housing and industrial production data. China releases a slew of economic measures tomorrow morning, including quarterly GDP numbers and monthly retail sales and industrial output readings.