Rural Funds (RFF) went back on the market this morning and gained 41.9 per cent after it held a webinar.

In the webinar RFF went over its release yesterday about Bonitas accusing the company of fraud and the Rural Funds Management (RFM) were able to answer questions from shareholders.

When asked if it’s possible that Bonitas is attempting to manipulate the market for financial gain Managing Director David Bryant said it is certain that Bonitas is.

Over the webinar, RFF made it very clear that it is relying on the reports from Ernst & Young to prove its innocence.

Completion of the report by Ernst & Young is expected in three weeks.

David made it very clear throughout the webinar that the company accounts are accurate.

“Statement in our accounts are absolutely correct,” he said.

One shareholder asked why the rental from Select Harvest doesn’t match RFF accounts.

When asked about the current asset value David stated that the net asset per unit is $1.75 and that is from December 31, 2018.

The company was asked as to why its report was weak and lacked detail, it responded it was part of its strategy.

“As soon as we provide a response, Bonitas who are not constrained by Australia’s Corporation Act or by Australian Defamation laws, are free to write whatever they want and as quickly as they wish. Instead we’ve reset the rules of the game such that there will be a detailed response from an independent third party,” David said.

The accounts are audited by Pricewaterhouse Coopers (PwC), RFF said PwC’s statement was the signed audit.

A question was asked if RFF would be pursuing legal action against Bonitas.

“That’s the least of our concerns today but in time we will consider the options, I think that the possibility is remote as it is most likely they have no assets,” David added.

RFF stated it did not get any contact from Bonitas prior to the release of the document.

“We had no contact at all and we were unaware the document was going to be selectively released as it was,” David said.

David said that the RFM board will be trading and buying shares into RFF.

“The RFM board has reviewed its trading policy and are able to trade at the moment, normally we would have a two week blackout prior to the release of accounts, however, under the policy we are able to lift that blackout policy which we have done,” David said.

The company said it did not know there was an error on the financial sheet of $14.5 million until Monday, where the correct amount was $8,000.

RFF is still certain that all statements on the Bonitas report is incorrect.

Bonitas has not said anything more about the issue. 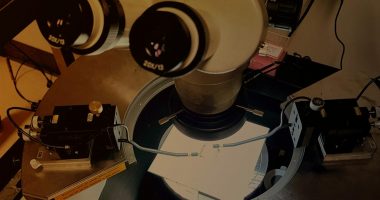