Shell to pay more than $150m for oil spills 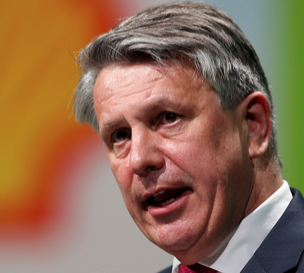 Royal Dutch Shell has agreed to pay N45 billion ($151.8 million) to the Ejama-Ebubu community in Nigeria over crude oil spillages in 1970.

The case was launched in 1991 and in 2010 a Nigerian court fined the oil giant. However, after several unsuccessful appeals, Shell agreed to pay the fine plus interest accumulated over the past 11 years.

Lucius Nwosa, the lawyer representing the Ejama-Ebubu community, confirmed to Agence France Press the culmination of the long-running legal battle.

“They ran out of tricks and decided to come to terms. The decision is a vindication of the resoluteness of the community for justice.”

Shell claimed the spillages were caused by third parties during the 1967-1970 civil war in Nigeria.

Oil spills in the Niger Delta

The Niger Delta is an important oil-producing region, however it is also one of the most polluted corners of the earth.

In a separate case that took 13 years to settle, a Dutch court earlier this year ordered Shell’s Nigerian subsidiary to compensate farmers in the Niger Delta for oil spills between 2004 and 2007.

The Hague’s Court of Appeal held the company accountable for spills in two villages that leaked oil over an area the size of 60 football pitches and ordered Shell Nigeria to fit a leak-detection system.

In 2008 and 2009, the fishing town of Bodo was hit by two massive spills. After initially offering the community a few thousand dollars in compensation, Shell made an out of court settlement to the tune of £55 million (A$87.7 million) and admitted to downplaying the size of the spills.