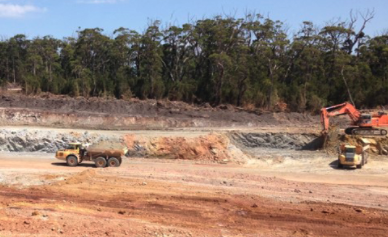 The project, which has been continually met with opposition from conservationists, finally opened after a protracted regulatory process back in November 2013. However operations were halted just eight months later following a crash in the iron ore price.

The ailing iron ore price and the site’s short-lived operations slashed 90 per cent off Shree’s share price over 2015 and they have been labouring at about 1 cent apiece ever since.

Little else was heard of the project until the EPA hit Shree with legal action later that year over the improper storage of 80,000 cubic metres of acid-forming rock, which was left at the site after its suspension and leeching into the surrounding soil.

The state court ordered Shree to move the material back into the pit for proper storage, but the order was met with a lengthy legal back-and-forth over proceeding years.

However, with iron ore prices largely recovered by 2019, Shree revealed its intension to restart operations at the site. Needless to say, the site’s waste storage facilities were at the forefront on Shree’s latest draft application to the EPA, which it submitted at the start of this year.

It seems there may still be longer to wait before the EPA and Shree reach an agreement. However Shree revealed today that it’s working with the EPA to revise aspects of its most recent draft Development Proposal & Environmental Management Plan for the site.

The exact nature of the EPA-requested revisions, clarifications and additional information is unknown.

Shree Minerals shares closed down 7.14 per cent at 1.4 cents.