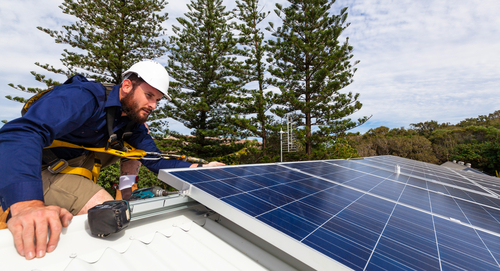 ‘Internet of Things’ specialist and energy management software developer, Solutions will be increasing its UK presence after securing a deal worth $6.4 million, building upon a previous $3.4 million agreement made in January this year.

The deal was brokered with BidEnergy and UK energy consultants, UCR. Using BidEnergy’s Robotic Processing Automation platform and UCR clients, will target to integrate onboard existing clients and parse bill information to its SimbleSense platform.

The end goal is to bring Simble clients and business while lowering UK energy expenditure and consumption. The introduction of the RPA platform into Simble’s technology solutions will allow UCR to expand deployment to 60,000 metres ahead of schedule, in the UK.

“We have a head start in the UK and the inclusion of BidEnergy’s solution allows us to scale faster, deliver more meaningful revenues and acquire more customers with a comprehensive and significantly strengthened value proposition,” he said.

Simble has already partnered with UCR for four months as of today and the expansion was prompted when market demand in the UK was reaching A$1 million worth of subscriptions.

UCR has also invested to fast-track Simble’s market penetration, appointing a non-exclusive distributor for a further 200,000 metres: a fourfold increase from the original partnership in January earlier this year.

If all goals are met, the market opportunity present with UCR’s client base and Simble’s technology is worth roughly A$27.6 million.

Simble management is expecting recurring revenue from the partnership, targeting a monthly six-figure income within the first 12 months. Additional company resources will be targeted to UK operations.

“The partnership is complementary to our UK strategy of targeting the broker market to access multi-site accounts. This makes sense not only due to the synergies of our [intellectual property], but also due to our shared vision of helping businesses reduce their energy bill,” he said.

Currently, place in the market is on an upwards trend comparative to a monthly performance. At the end of April earlier this year, the company’s shares were valued at 5.50 cents. After fluctuation in price during this month, SIS shares are sitting at a value of 5.60 cents, a 7.69 per cent premium to yesterday’s 5.20 cents.