Singapore becomes first nation to fully vaccinate 80% of its population

The 80 per cent milestone is one of the criteria for Singapore to move to the second phase of the country’s four-stage plan for reopening its economy. 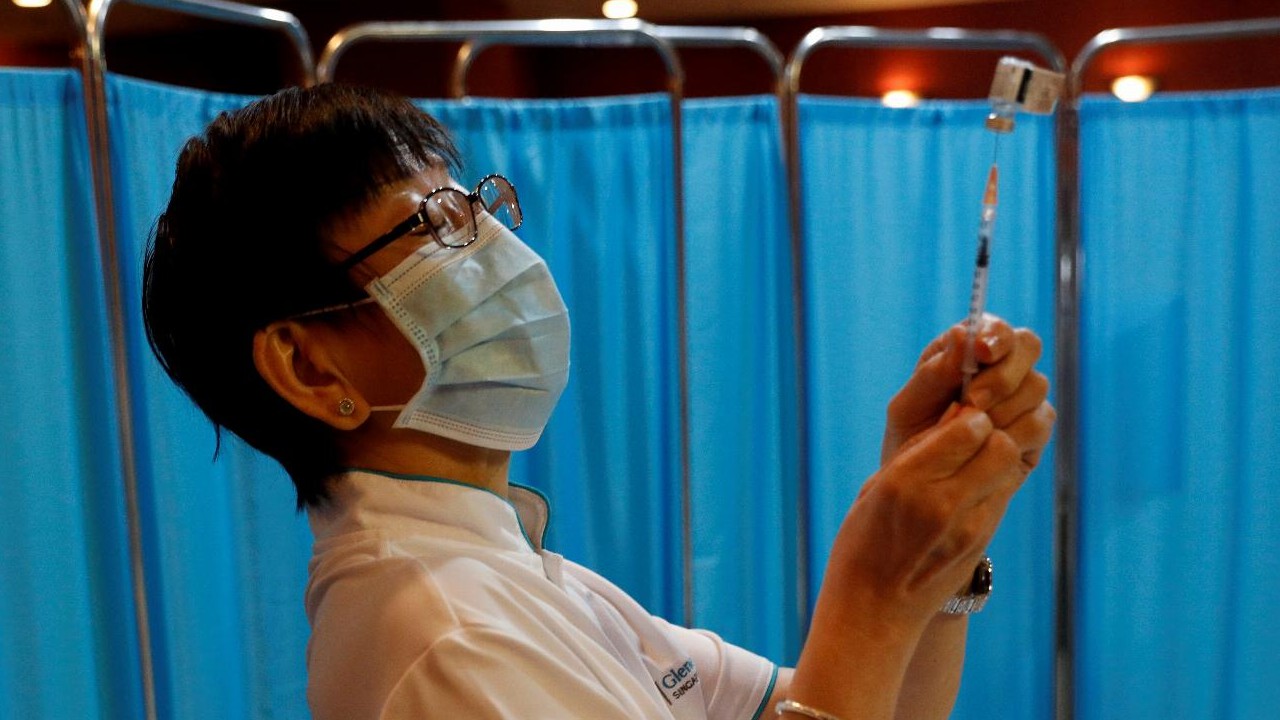 Singapore has hit a major COVID-19 vaccination milestone, becoming the first country to fully inoculate 80 per cent of its population.

Some 4.4 million people in the country of 5.7 million have now had two doses of the Pfizer-BioNTech or Moderna vaccines.

“It is the result of the collective effort of many people working behind the scenes, and the people of Singapore coming forward to take care of themselves and the people around them.”

The minister also highlighted a mobile vaccination campaign which has enabled 4300 people over the age of 60 to get their jabs at home, is expected to be completed by the end of September.

The 80 per cent milestone is one of the criteria for Singapore to move to the second phase of the country’s four-stage plan for reopening its economy, as outlined by Finance Minister Lawrence Wong earlier in August.

Other criteria to move to the ‘Transition Stage A’ phase – which would allow for larger events and less strict border controls – include a high vaccination rate, and a stable overall situation.

“The Delta variant is much more infectious. It is no longer possible to bring COVID-19 cases down to zero, even if we lock down for a long time. Therefore, we must prepare for COVID-19 to become endemic, like the flu or chicken pox.”

“Fortunately, with vaccination and added precautions, we can live with the virus and become ‘COVID resilient’. We may have to tap on the brakes from time to time, but we want to avoid having to slam on the brakes hard. So in the next phase, we will move step by step. Not in one big bang like in some countries but cautiously and progressively, feeling our way forward,” he added.

During the pandemic, Singapore experienced its worst economic crisis since independence in 1965. Speaking on the country’s economic recovery, Prime Minister Lee said it was now time to shift gear.

“It is no longer about drawing down reserves to keep ourselves on life support. It is about generating new growth, new jobs, and prosperity for the future.”

“Beyond this year, to sustain longer term growth, we need to do three things: Preserve our status as a business hub, attract more foreign investments and grow Singapore companies and entrepreneurs.”

How are other countries tracking?

Other countries – like Australia – are also eyeing the 80 per cent vaccination mark as part of their economic reopening plans.

The United Arab Emirates, Uruguay and Chile, have fully inoculated more than 70 per cent of their populations.

In Australia, 34.2 per cent of people over the age of 16 have been fully vaccinated, and 57.5 per cent have had at least one done (as of August 28, 2021) according to the Australian Government Department of Health.