Those are just some of the words paediatric dentist Dr John Camacho uses to describe how staff felt working at Smiles Inclusive (SIL), the company he and 15 other dentists just terminated their service agreements with.

Two years worth of issues came to a head last Friday, when 16 senior Smiles dentists signed their name to a corporate email and called it quits.

Just one hour later, those named were locked out of their emails, their databases, and their clinics.

But after market close that same Friday, Smiles released a statement. They said they were contacting the dentists named, and that the majority were unaware of the letter and did not want to terminate their agreements.

There's been radio silence from Smiles Inclusive since. But now, four of the dentists on the email have come forward.

They say everyone was aware of the letter and wanted to terminate their agreements — in fact, 13 sent a follow-up email to corporate to confirm this over the weekend.

Despite this, Smiles has not publicly responded. And those caught up in the furore are refusing to stay silent.

On the early hours of Friday morning, an email from Dr John Camacho, CC'ing 15 other senior and Joint Venture Partner (JVP) dentists, was sent to the Smiles Inclusive board, executive and CEO.

While parts of that email can't be made public for legal reasons, those dentists drew up a media release that spoke to the decision to terminate their Faculties And Service Agreements (FASA).

We are no longer willing to tolerate the breathtaking incompetence and disrespectful actions of a handful of self-interested corporate types.”

The four dentists who contributed to that release were scathing. They spoke to two years of mismanagement and bad practice, holding key Smiles leaders accountable for poor performance since the company's listing in 2018.

What followed the email to corporate was what many of the dentists are calling "a knee jerk reaction."

"I was immediately locked out of my email," says Dr Arthur Walsh, the lead dentist at a Brisbane-based clinic. "Some of our other JVP's ... they found locksmiths in the act of changing locks."

"This unprofessional, juvenile reaction from the people that are running our company — this is exactly what we've been experiencing for the last two years," Arthur exclaimed.

Since then, the only other communication some of the dentists have received from corporate has been an email accepting the termination of their service agreement.

"The majority of those dentists have informed the company that they were unaware of Dr Camacho’s letter to the company and have stated that it is not their intention to terminate their service agreements," the Smiles announcement read.

However, Dr John says this couldn't be further from the case.

"There is no truth to the fact that none of them knew what was in there ... Every single dentist on there was well and truly aware of the contents of the email, was in agreement and fully supportive of it," he explained.

Further, the lead dental practitioner, who oversaw four clinics in WA, says CEO Michelle Aquilina and General Manager Mark O'Brian had only made contact with or attempted to make contact with "four of the 16 names" on the email before the market announcement went live.

"Every one of the dentists that they did manage to contact confirmed they were aware of having their name on the email, and they were intending on terminating their FASA," Dr John continued. "Even the ones they had spoken with did not renege and change their mind."

More of the dentists on the letter speak to the Smiles announcement not ringing true.

"Given the history of the company and the executive and board, it wouldn't surprise me if it was deliberately deceptive."

"It's at best misleading," commented Dr Philip Makepeace. "I can state quite categorically that the claim that the signatories to the document had largely already been contacted and the majority of them were denying knowledge of it — that is simply not true."

"I thought that was it was less than truthful," added Dr Bryan Fleming.

Hard to brush off

The 16 dentists on the original email were all leaders or JVPs at Smiles Inclusive. Consequently, they were responsible for 20 of the 39 Totally Smiles branches across the country.

The even bigger kicker? Those 20 clinics reportedly generate two-thirds of the company's gross turnover.

With those practitioners locked out of their own clinics and the fate of their staff and patrons up in the air, many are understandably worried.

Dr John believes at least 100,000 patients across those 20 clinics will be impacted. Additionally, some of the clinics affected are in regional or rural communities. Bryan Fleming's practice in Dallyelup services between 8000 and 10,000 patients. Now, he can't even conduct emergency work at the clinic.

"What happens for the patients who are booked in for our next emergency day?" said JVP dentist Arthur Walsh. "Who's going to contact those patients?

So why have such a significant portion of JVPs terminated their service agreements with Smiles?

Many of them speak about issues with management since the company's IPO, naming Chairman David Usasz as a key perpetrator.

Sadly, these problems aren't just a thing of the past. Despite a recent CEO change, the dentists say many problems are ongoing. And while financial struggles have been exacerbated by COVID-19, some say the pandemic is just piling on.

"The shambles came well before COVID-19, about two years before, courtesy of a flawed IPO orchestrated by Mr Usasz, the conductor," said Dr Huma Syed in Friday's media release.

The Market Herald has even sighted emails that indicate Smiles has not been able to make payroll or rent payments in recent weeks.

"This is the second payroll in April that Totally Smiles has missed," says Dr John. "The first payroll was only in the first week of April and only after shutting clinics down two weeks earlier with full trading up to end of March. They have also not paid any of the dentists their salaries or commissions for the month of March, yet banked all the money for their work done."

Even more concerning is Smiles' silence in all of this. Dr John believes shareholders deserve to know more.

"Those investors need to be told that two-thirds of the company's turnover has walked out the door."

It's a gutwrenching moment for the 16 dentists who have had to walk away from the staff and patrons in their care.

"Our single biggest regret is what our loyal staff have been put through," said Dr Philip Makepeace.

For those like Bryan Fleming, now is about gaining back what he can. "My hope is that I can get my practice back," he said.

For others, two years of management issues and the way their termination has been handled is enough to leave a bad taste in their mouth.

“I know I speak for many distressed NSW JVPs when I say that we never
ever want to see or hear the name “Totally Smiles” ever again."

Smiles Limited was contacted for comment. Company shares have been frozen up since March 2 at 3.5 cents each. 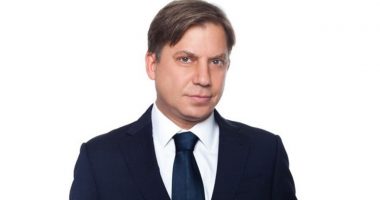 " OBJ (ASX:OBJ) to raise $4.5M for product development and licencing

Innovative wellness company OBJ (OBJ) is aiming to raise $4.5 million through an entitlement offer and placement for licencing, development and general workin… 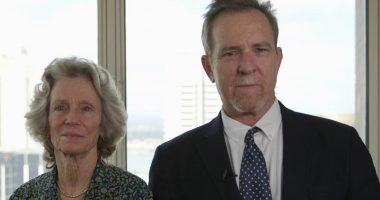 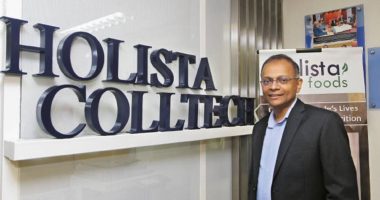 Holista CollTech (HCT) has downgraded its $3.8 million in expected sales from its hand sanitiser product, Natshield, due to COVID-19 and race riots. 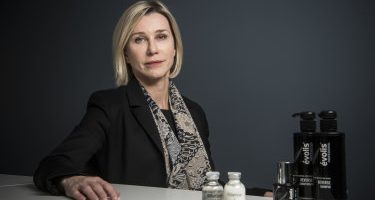