Solis Minerals (SLM) shares have soared more than 80 per cent after the company reported widespread copper sulphides were observed during logging of the first two diamond holes drilled at its flagship Mostazal copper project in Chile.

It said detailed logging of Hole 001 indicates the intersection of manto or lense-type copper mineralisation from surface, with disseminated sulphides logged extending from surface to the end of the hole at 362 metres, and from surface to at least 444 metres in Hole 002.

Individual mantos are less than two metres thick occurring within stacked packages that may potentially span 10 metres in thickness.

Final mineralised intervals remain to be defined, pending assay results, which were expected at least four weeks after the receipt of samples.

CEO Jason Cubitt said Solis was off to a fantastic start at Mostazal, located 80 kilometres north-east of Copiapo, and drilling was under way at the third planned hole.

“This drill hole is targeting the heart of the interpreted IP chargeability geophysical anomaly, which we believe may represent a feeder structure for the extensive manto-style copper mineralisation found closer to surface at Mostazal and drilled in our first two holes,” he said.

SML shares closed the day’s trading session up a whopping 80.5 per cent to 37 cents. 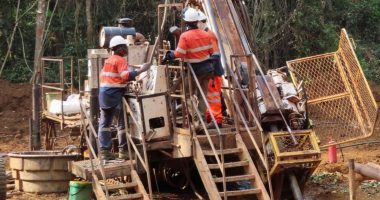 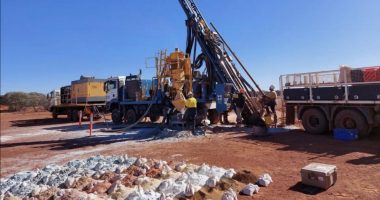