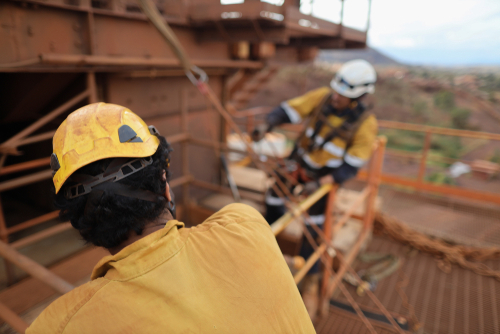 Under the contract, SRG Global will use its expertise to provide engineered access solutions such as scaffold services and highly skilled rope access technicians, for South32’s Worsley Alumina operation.

“The opportunity to work with a mining company like South32 at its long-established Worsley Alumina project in South West WA is a great achievement for SRG Global. The effort our team put in during the competitive tendering process is admirable and I commend them on a fantastic result,” SRG Global Managing Director, David Macgeorge said.

The contract is initially for a three-year term however there are options to extend for a further three years, should South32 choose. Revenues are expected to generate approximately $32 million over the initial three-year term. If the contract is extended this figure will nearly double, reaching $60 million.

SRG Global is expected to commence working on the Worsley Alumina operation in June 2019. Securing this contract is a big win for the Company and will increase its workforce by approximately 100 full time positions.