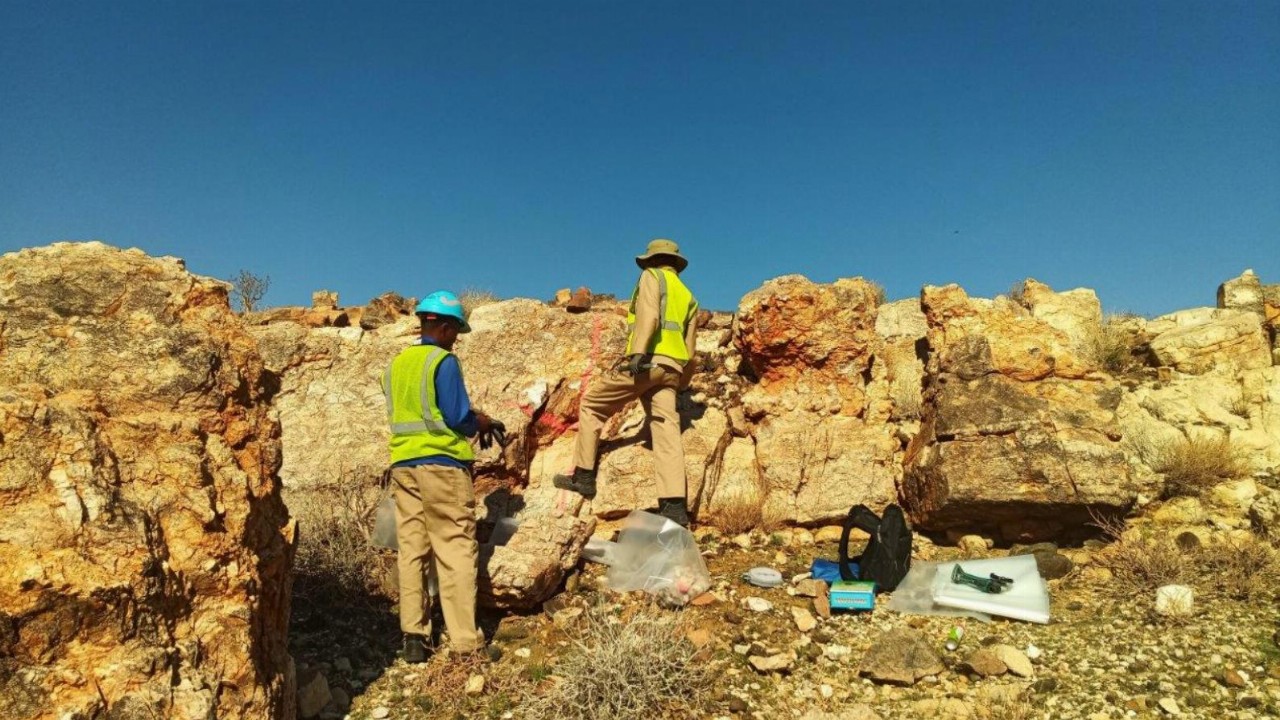 The project is located southwest of the Renison tin mine, the largest and most productive tin mine in Australia.

It’s comprised of four deposits and this nine-hole drill program is targeting depth extensions to the largest deposit, Severn and the historic Montana silver-lead-zinc mine with the aim of identifying new areas of high-grade tin mineralisation.

Completed to a depth of 889 metres, the first diamond drill hole has reportedly intersected wide zones of alteration and mineralisation from 50 metres below the Severn tin resource.

SRZ said the primarily pyrite mineralisation and alteration observed is typically associated with tin mineralisation and this presence of tin has been confirmed by a handheld XRF instrument which was used to guide drill hole logging.

Over at Montana No. 1, the second drill hole of the program was completed to a depth of 534 metres, intersecting zones of alteration and mineralisation in several fissure vein lodes commencing from approximately 75 metres down.

Additionally, the presence of lead, zinc, silver, copper and tin have been confirmed by anomalous results from the handheld XRF instrument.

The company said both the Severn and Montana holes are currently being logged, cut and sampled for analysis with results expected by late-October.

Commenting on the visual results, Executive Director Gary Fietz said the company is excited to see that both holes have intersected zones of visual alteration and mineralisation.

“The drilling program has been designed to extend mineralisation at our Heemskirk Project and we are pleased that both systems appear to show continuity at depth.”

“Drilling is well underway on the third hole at Oonah and the fourth hole at Severn will be commenced shortly.”