Of these, is fellow ASX-listed company, Dynamic Drill and Blast (DDB). DDB specialises in providing drilling and blasting services to clients in WA’s mining and construction sectors.

The company has also executed access agreements which paves the way for the remaining miscellaneous licence being granted and the Department of Mines, Industry, Regulation and Safety approving the mining proposal.

Managing Director William Johnson was pleased to be making progress towards beginning operations at Paulsens East.

“With the final objection to the haulage road miscellaneous licence now being withdrawn, the company expects to shortly have all of its necessary licences and permits required to commence operations at Paulsens East,” Mr Johnson said.

“Strike is also very pleased to confirm the selection of its preferred contractors for the critical drill and blast, mining, crushing and civils aspects of the project.”

Since then, Strike has entered a contract with Telstra to commence works on establishing suitable communications infrastructure for the mine site and village. The tower will be critical for safe and effective communications during the construction and operational phase of the mine. 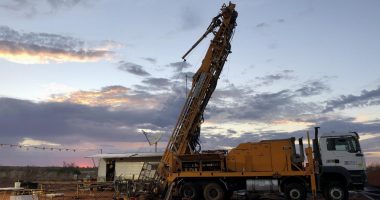