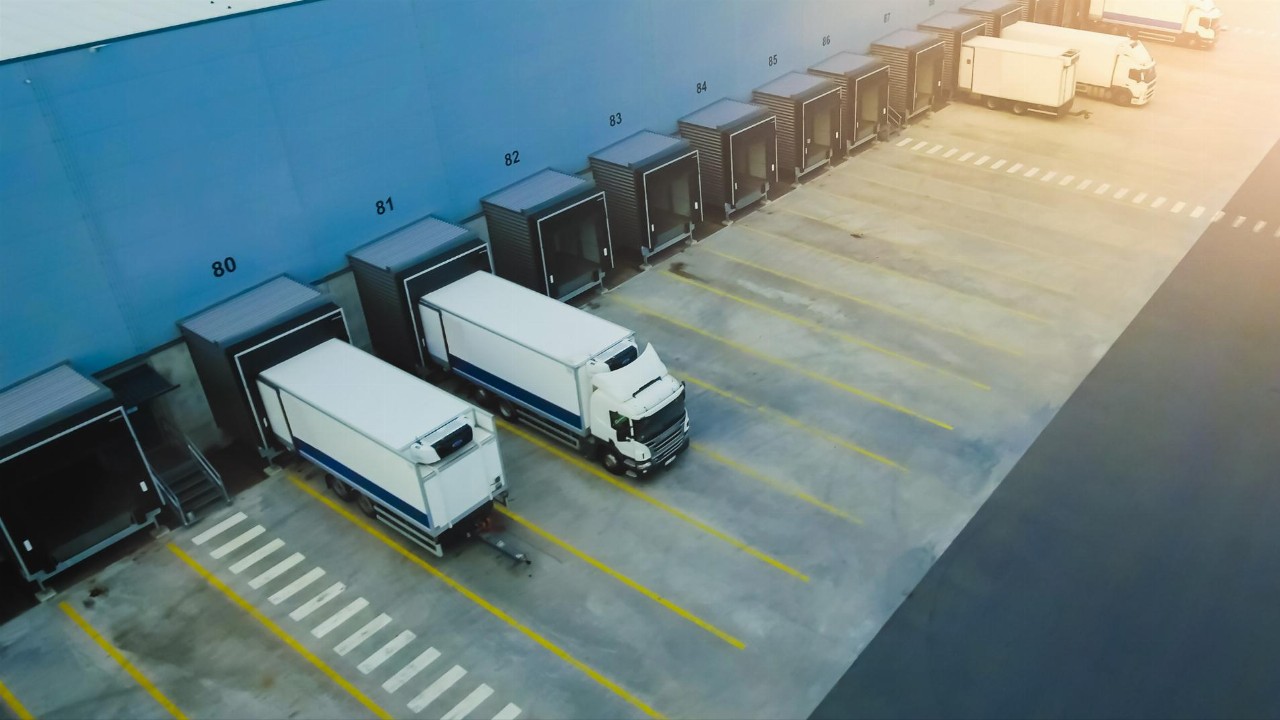 As if COVID-19 hadn’t already taken enough from us, the sanctity of Christmas itself is now in the crosshairs. For months, companies around the world have been wrestling supply chain bottlenecks as a post-lockdown surge in global demand for goods clashes with manufacturers still trying to recover from lengthy pandemic-driven shutdowns.

For such a critical part of everyday life, the transport and logistics industry is a precarious system at best. The ability to purchase goods and have them delivered is exposed to a vast number of external factors: international trade policies, domestic trade policies, dependable modes of transport, the availability of shipping containers, and much more.

Even the weather can take a toll. In March this year, Ever Given — one of the largest vessels in the world, capable of holding 20,000 shipping containers — ran aground in the Suez Canal on its way to Rotterdam due to high winds and a dust storm that rendered steering impossible. With roughly US$9.6 billion (A$13.5 billion) worth of goods passing through the canal each day — or not, as the case was — industry journal Lloyd’s List put the economic impact at around US$400 million (A$560 million) an hour, or an eyewatering US$6.7 million (A$9.38 million) a minute.

It’s therefore essential that the measures we have in place to manage global transport and logistics activity are capable of deflecting some of these external complications. Or at least capable of staging a quicker recovery.

According to a recent survey by McKinsey & Company, the success of an organisation’s supply chain planning over the last 12 months was strongly linked to its use of modern digital tools, particularly advanced analytics. Those organisations that fared best were 2.5 times more likely to have pre-existing advanced analytics capabilities. Of those that struggled, 71 per cent said they were ramping up their focus on that area.

“The biggest shifts occurred in industries that were the lowest users of these approaches before the pandemic. In commodities, for example, 75 percent of companies are currently increasing their use, with the remaining 25 percent saying they plan to do so in the future,” McKinsey’s report said.

“The only sector in which the race to adopt advanced analytics techniques shows signs of slowing down is in advanced electronics and high tech, where their adoption is already very high.”

What’s more, an “overwhelming majority” of respondents said they had invested in digital supply chain technologies over the past year, with most forking out more than they’d originally planned.

It’s no staggering surprise, then, that ASX-listed Orcoda (ODA) managed an impressive turnaround from a loss of more than $6.8 million in FY20 to a profit of $440,010 in FY21.

Based in Melbourne, the company specialises in transport logistics and transport services across road, rail and air, with AI-supported digital capabilities that manage people, parcels and goods, the vehicles they’re transported in, and the transport infrastructure they travel on.

It’s a comprehensive solution that draws its power from two distinct platforms. The first, Orcoda’s Transport system, covers interactions between manufacturers, warehouses, stores and customers, including vehicles, people and goods. Its Workforce system, on the other hand, manages recruitment, training, regular passenger transport, air and bus charter, and accommodation.

Both are unique in that the front-end booking process enables a seamless supply chain management system and payment process without the need for static processes like paper, spreadsheets and telephones anywhere within the supply chain.

“Orcoda believes it is the first to market with route scheduling and on-demand in the one platform through our newly integrated Dynamic Solver,” Mr Jamieson said.

“Our platforms are all cloud based with open ended architecture to allow any transport operators to integrate via API, allowing a seamless process for booking and travel on any asset.”

Part of Orcoda’s recent success comes from the “milestone” acquisition of Betta Group in December last year for $5 million.

“The Betta Group acquisition is another milestone in our strategy to create a diversified transport logistics and services business based on expertise and technology,” Mr Jamieson said upon closing the deal.

“The Betta acquisition took Orcoda from $2-3 million in annual revenue in FY20 to more than $10 million in FY21, with the first quarter of FY22 generating in excess of $4 million in revenue and FY22 annual revenue estimated to continue to grow subject to deal flow continuing as anticipated.”

As McKinsey’s report attests, the ongoing efforts in supply chain digitisation are likely to focus on visibility, with many companies eager to gain a better understanding of their supply chain’s real-time performance — something Orcoda recognises.

The company is working on Universal Basic Mobility (UBM) solutions and transport hubs of the future, where interconnectivity will be essential in running efficient and autonomous transportation of any kind. Artificial intelligence, virtual and augmented reality, machine learning, Internet of Things, and big data will play a major role in monitoring, managing and maintaining road, rail and air transportation.

“We are at the forefront of a digital revolution that will bring about bigger and quicker changes than the industrial revolution,” Mr Jamieson said.

“Companies at the forefront of the digital revolution will be the largest growth companies over the next five to 10 years.”

With roughly $3.8 million in cash on its balance sheet at the end of the first quarter of FY22, consistently strong revenue and earnings growth over the last 12 months, and a 417 per cent jump in customer receipts compared to last year, Orcoda appears to be in an ideal position to continue its upward trajectory.

As far as investors are concerned, Orcoda is poised to save the global supply chain industry. But the question remains: can it, by extension, save Christmas as well?

ODA by the numbers