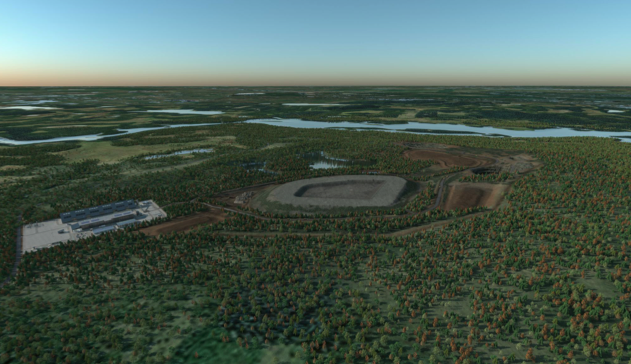 Talga Group (TLG) will commence trial mining this month at the Vittangi Graphite Project in Sweden.

The trial mine covers the extraction of 25,000 tonnes of graphite ore from Talga’s Niska South deposit within the Vittangi Project.

In the first phase of the campaign, the company plans to extract around 2500 tonnes of graphite ore before the site is rehabilitated for the northern hemisphere’s winter.

The trial mined ore will then be refined into Talga’s lithium-ion battery anode product, Talnode-C, for large-scale production testing in the electric vehicle supply chain.

Talga is continuing to experience increased demand from its customers for its Talnode-C product. Annual customer demand, including expressions of interest and targeted 2025 anode supply, now exceeds 14 times the 19,500 tonnes per annum which was outlined in the Vittangi Definitive Feasibility Study.

In addition, Talga has submitted exploitation concession applications over the Niska North, Niska South and Nunasvaara North deposits of the Vittangi Project.

The applications align with the company’s expansion plans which detail the production of more than 100,000 tonnes of anode per annum for lithium ion batteries. This is reportedly sufficient enough for one million passenger electric vehicles per year.