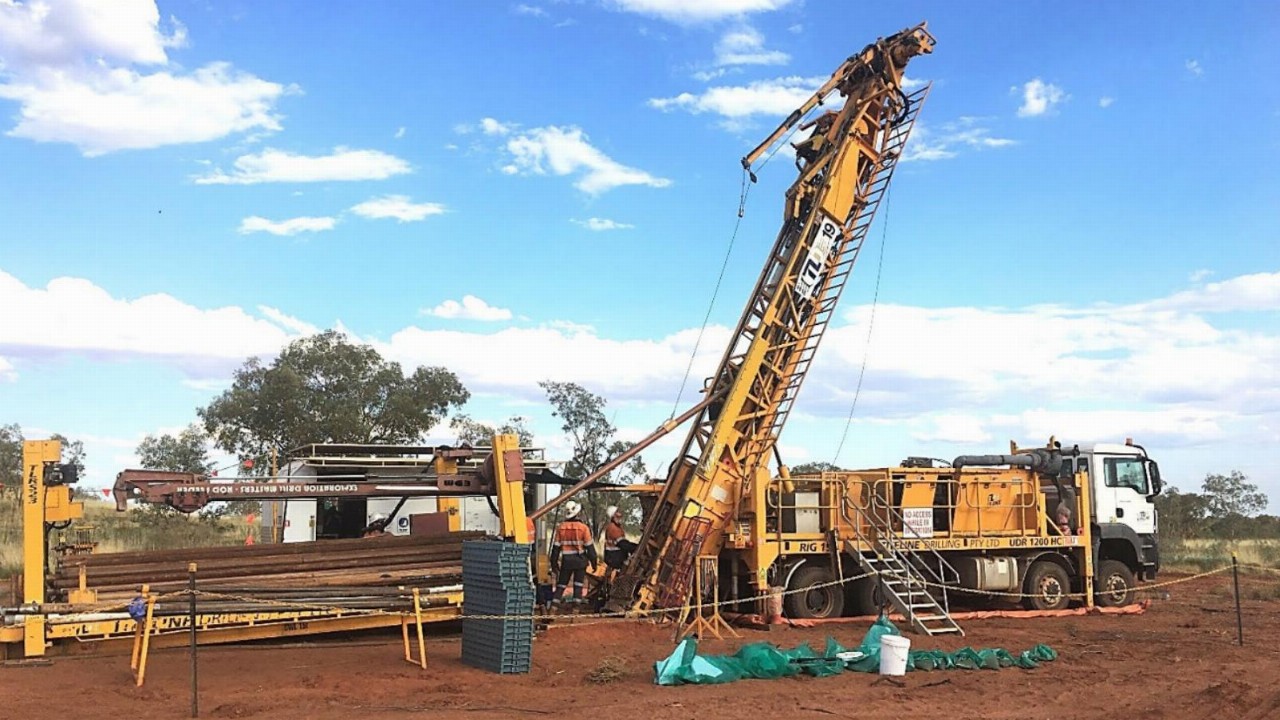 Tennant Minerals (TMS) has extended the Bluebird discovery to the west and to more than 250 metres below surface.

The Bluebird Discovery lies within the company’s wholly-owned Barkly project at the eastern edge of the Tennant Creek copper-gold mineral field, Northern Territory.

The six-hole drilling effort at Bluebird is targeting the central thickest part of the shallow copper-gold shoot which is immediately down-plunge from previous thick and high-grade intersections.

BBDD014 is interpreted to have tested the top of the Bluebird mineralised zone and intersected 34 metres of hematite-silica alteration, including a 16-metre zone with copper mineralisation, from 130 metres downhole.

The third hole, BBDD015, intersected 62 metres of hematite-silica alteration including a 20-metre zone of specular-hematite and copper mineralisation from 277 metres downhole. This hole is the deepest hole drilled to date at the Bluebird discovery.

Assays are pending for all three holes and the last two drill holes of stage one are currently underway.

Chairman Matthew Driscoll said the company is delighted that drilling at Bluebird has continued to intersect “significant thicknesses” of copper mineralisation.

“Critically, the latest drilling has intersected the mineralisation a further 100 metres down-plunge to the west on a steeper orientation. This has now opened up the potential for the Bluebird discovery to continue to much greater depth,” Mr Driscoll said.

Once the company receives the results, they’ll support stage two step-out drilling at the discovery as well as test other targets within the Bluebird corridor.

TMS by the numbers