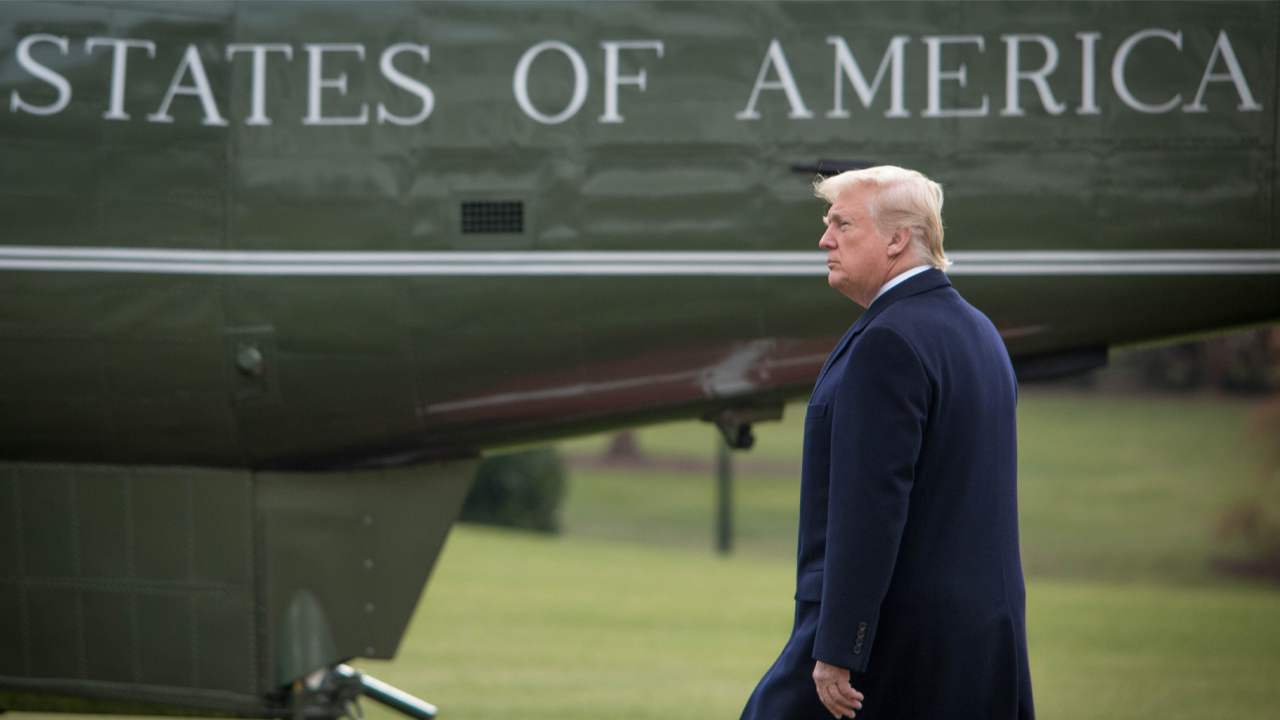 A torrid morning for Australian investors as the local market succumbed to the third bout of global share ructions this month.

Last week’s gains all but disappeared in the opening minutes of trade after an escalation in the US-China trade war sent Wall Street sharply lower on Friday. The ASX 200 plunged 85 points or 1.3 per cent to 6438 mid-session as US index futures signalled the possibility of more carnage tonight.

S&P 500 index futures slumped 22 points or 0.8 per cent in reaction to President Donald Trump’s announcement of another round of tariff hikes on Chinese imports after the close of US share trade on Friday. The benchmark US index tumbled 76 points or 2.84 per cent on Friday on news of Chinese levies and after Trump “ordered” US companies to quit China.

There were few hiding places this morning as the chill wind lowered all sectors. Gold miners were the only major winners after the precious metal tested six-year highs in a so-called “flight to safety”. Resolute Mining climbed 10.7 per cent, Saracen Mineral 10.4 per cent and Newcrest 4.9 per cent. Gold this morning extended Friday’s gains, rising $14.80 or 1 per cent to $US1,552.40 an ounce.

Aside from gold, the index turned a deep shade of red. It was a bad day to report earnings, and shareholders took a big stick to the likes of G8 Education, IOOF Holdings and Viva Energy. Childcare operator G8 Education fell 14.6 per cent to a nine-month low after it missed earnings expectations. Wealth manager IOOF shed 6.7 per cent after announcing a sharp increase in customer remediation due to the fallout from the Royal Commission into finance. Fuel retailer Viva Energy gave up 7.5 per cent despite meeting its revised earnings guidance.

Mining stocks exposed to any downturn in Chinese demand bore the brunt of the selling. Lithium producer Pilbara Mining sagged 9.7 per cent to its lowest level in more than two years on heavy volume as the market apparently lost patience with the company’s search for a partner for its the Pilgangoora Project. Graphite miner Syrah Resources declined 7.9 per cent to its weakest point in seven years.

BHP fell 1.8 per cent and Rio Tinto 2.1 per cent. Fortescue Metals almost tripled its full-year underlying net profit after tax to $US3.19 billion. However, the increase fell short of the $US3.21 billion anticipated by analysts, so the share price eased 3.3 per cent.

Hot today: with gold the only flavour on the menu, mining junior Chesser Resources picked the right day to announce positive assays from its flagship project in Senegal. Traders looking for any glimmer of good news sent the share price up 1.5 cents or 37.5 per cent to 5.5 cents after the company announced what it hailed as a “high-grade gold discovery.”

Not today: the housing downturn cast a long shadow over this morning’s full-year report from building materials maker Boral. The share price swooned 98 cents or 19.7 per cent to $3.98 after the company declared a 7 per cent decline in underlying net profit. CEO and Managing Director Mike Kane warned that net profit after tax is expected to fall another 5-15 per cent this financial year as the slowdown in residential construction continues.

Turning to commodity markets, Brent crude futures continued to lose ground, falling 61 cents or 1 per cent this morning to $US58.73 a barrel.

On currency markets, the dollar was down a third of a cent at 67.35 US cents.